Ryan Giggs called a family “team meeting” to explain how to load spoons into a dishwasher, a court has heard.

The former Manchester United footballer is on trial accused of assaulting his ex-partner Kate Greville, 38, and her younger sister Emma Greville, 26.

On Wednesday, Giggs was asked by his barrister Chris Daw QC about the period during the first coronavirus lockdown in March 2020, when Ms Greville moved into his house.

Giggs’ daughter and her boyfriend were also living there, with his son also staying regularly.

Ms Greville has previously described staying in the house as “hell”, but Giggs disputed that during his cross-examination on Wednesday, saying: “It was a really happy time from my perspective.”

Giggs insisted there had been “no big arguments” but said he was “wound up” by the way people in the house loaded the dishwasher.

“I would be opening the dishwasher and the tablespoons would be the wrong way round,” he told the court.

“It would wind me up because I would have to do it again so I called a team meeting and just said, ‘Everyone, can you please put the tablespoons the right way round.’

“It wasn’t a big argument, it was just how I explained it.”

The court heard that Giggs and Ms Greville’s relationship deteriorated in June 2020 and she moved out of the house. The two were still in contact and Giggs considered them to still be in a relationship.

The trial was told that Giggs sent his then-girlfriend an email with the subject “C***!!!”, after Ms Greville had decided to travel to Scotland for a joint work trip without him.

The court earlier heard about an alleged incident at London’s Strafford Hotel in December 2019, in which Ms Greville claims Giggs threw a bag at her head with a laptop in it, kicked her out of bed and ejected her naked into the corridor.

Giggs told the court that the pair had had an argument in their room about whether Ms Greville had been publicly flirting with another man at an event earlier in the evening.

“Kate was then trying to get into bed and I said I’m not sleeping with you tonight,” Giggs said. “There was a suite in the room and I said you can sleep in the area where there is a couch.”

He said he then threw a Louis Vuitton holdall in the direction of the bed.

“Kate was still trying to get into bed. I was trying to push her into the lounge area. Then quite quickly the argument fizzled out and we both spent the night together,” he said.

Jurors were also told that Giggs, on a separate occasion, had sent a photo to his girlfriend of a scratch she had given him during sex, with the caption: “Bully”. He said the pair sometimes liked to have “rough” sex.

The former Wales manager, 48, denies using controlling and coercive behaviour against Ms Greville between August 2017 and November 2020, assaulting her, causing actual bodily harm, and the common assault of Emma Greville. 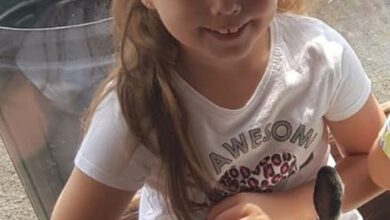 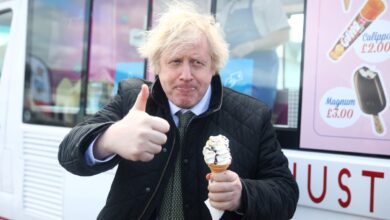