London’s mayor has demanded the government urgently address the “severe” court backlog as he warned services to help rape and sexual assault victims are “stretched to breaking point”.

Sadiq Khan urged the Justice Secretary, Dominic Raab, to introduce measures to address the court backlog and help over-capacitated services that provide sexual violence survivors with therapy and other help.

In an open letter addressed to Mr Raab, shared exclusively with The Independent, Mr Khan warned the justice system is “in crisis from end-to-end” – with these issues exerting growing pressure on support services.

The capital’s mayor noted at the end of March there were almost 16,000 outstanding cases in London’s Crown Courts, while there were almost 73,000 in Magistrates Courts – adding that victims in London are being forced to wait for up to five years to be given a court date.

Mr Khan warned the combination of delays and the fact sexual offences have surged by 35 per cent in the last year is pushing crippled support services into “an impossible position” as there is a rise in individuals seeking help, while victims need support for more protracted lengths of time.

In his letter, Mr Khan explained the Criminal Bar Association’s “ongoing strike action” is compounding the situation with delays as he warned “victims are also regularly finding out at the last moment that their case is not going ahead, with cases relisted for many months in the future.”

The mayor added: “These agonising waits for court and last-minute changes are causing untold damage to victims’ mental health and increase the likelihood of them withdrawing from the system altogether”.

He noted the London Survivors Gateway has stopped taking in new referrals for the interim period, while some London Rape Crisis Centres have been too overstretched to add anymore victims to their waiting lists for counselling.

The mayor warned: “I cannot overstate the impact this is having on victims and survivors of rape and sexual assault, exacerbating existing trauma and leaving vulnerable people feeling isolated.”

Mr Khan, who has been mayor since 2016, said he was “hugely concerned about the impact that the crisis in our justice system is having on survivors of rape and sexual offences in our city”.

The Labour mayor said they are “doing all we can from City Hall” but we “urgently need” ministers to “take steps to tackle the court backlog and ensure that support services are able to help Londoners in their time of need”.

Rape still has the lowest charging levels of all types of crime – with Home Office data showing only 1.3 per cent of 67,125 rape offences recorded by police in 2021 resulted in a prosecution.

In his letter, Mr Khan argued “funding and resources should be made available for a dedicated Nightingale court focused on clearing the most vulnerable and longest-standing cases” as he noted he has presided over more than £100m in investment in trying to address violence against women and girls.

“Victims are already having to wait years for their day in court, and now they are having difficulties accessing vital support services. I’m deeply concerned for the wellbeing and welfare of victims and it’s vital that swift action is taken to ensure they are supported.”

Data from the Office for National Statistics for England and Wales showed almost 195,000 sexual offences were recorded by the police in the year ending March 2022 – with this being the highest on record and a 32 per cent rise on the year before.

While in London, police recorded more than 25,000 sexual offences, which constitutes a rise of 35 per cent on the previous year. Some 9,245 of these reports were for rape – which signifies a 24 per cent jump on the year before.

But campaigners previously told The Independent rising numbers of sexual offices may be a reflection of more women being willing to come forward to report crimes to the police instead of being a by-product of a rise in the amount of sexual offences being perpetrated.

Andrea Simon, director of the End Violence Against Women Coalition, said: “We are seeing a growth in what was already an unacceptable backlog in the courts, meaning rape survivors commonly wait years for their cases to get to trial. But problems in the criminal justice system are not confined to court delays, rape prosecution rates remain at some of the lowest ever levels, and survivors describe being harmed by a system that treats them like the one under investigation. 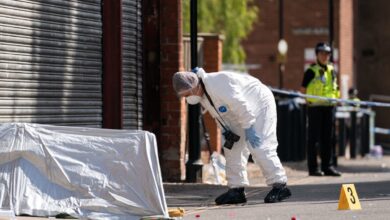 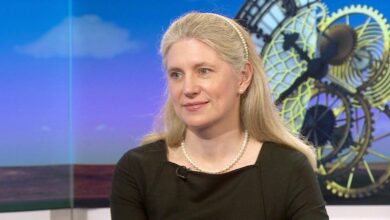