Scientists have engineered mosquitoes that cannot give humans malaria, saying their work could potentially eliminate the disease.

Researchers at Imperial College London genetically modified the insects so that the growth of malaria-causing parasites in their guts was slowed.

It meant the parasites were unlikely to reach the mosquitoes’ salivary glands and be passed on in a bite before the insects died.

So far, the scientists say, the technique has been shown to dramatically reduce the possibility of malaria spread in a laboratory, but if proven safe and effective in the real world, it could offer a powerful new tool to help eliminate malaria.

The study, funded by the Bill and Melinda Gates Foundation and published in Science Advances, has led the team to set up a centre in Tanzania to generate genetically modified mosquitoes and conduct tests.

Malaria is one of the world’s most devastating diseases, putting at risk about half of the world’s population. Last year, it infected 241 million people in sub-Saharan Africa and killed 627,000, mostly children aged below five.

Co-first author of the study, Tibebu Habtewold, from Imperial, said: “Since 2015, the progress in tackling malaria has stalled.

“Mosquitoes and the parasites they carry are becoming resistant to available interventions such as insecticides and treatments, and funding has plateaued. We need to develop innovative new tools.”

Co-lead author Nikolai Windbichler said: “We are now aiming to test whether this modification can block malaria transmission not just using parasites we have reared in the lab, but also from parasites that have infected humans.

“If this proves to be true, we will be ready to take this to field trials within the next two to three years.”

How scientists are taking ‘snapshots’ of prehistoric Britain

UK monkeypox outbreak ‘won’t be easy to stamp out’ and could last for months, leading scientist warns 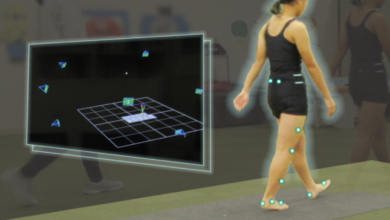 Japanese children learn to walk differently compared to those in other parts of the world, study finds