We’ve probably all had jobs we’d like to forget, but to actually split your mind between work life and personal life – so you have literally no recollection of your nine-to-five after you clock out – well, that might be taking things a little bit too far. Not so for Lumon Industries, the shady corporation at the heart of Severance, a super-stylised thriller that’s pitching itself somewhere in the middle of the Venn diagram between 2004’s brainwipe love story Eternal Sunshine of the Spotless Mind, George Orwell’s 1984 and office-set advertising saga Mad Men.

Directed in part by Ben Stiller, the 10-part Apple+ series revolves around Lumon’s mysterious “macro data refinement” department, where all workers must undergo the “severance” process. A kind of HR-dictated trepanning, it causes the memories between employees’ office hours and personal life to be “spatially dictated”, so that when they’re at work they have no concept of who they are in the outside world, and vice versa. If that all sounds like a Kafkaesque nightmare, it’s because it is.

New Lumon recruit Helly (Britt Lower) is rightfully suspicious of her new job, especially when she’s shown video footage of herself agreeing to undergo the severance procedure. As she attempts to rebel against her apparent decision to join the company, her colleague, the morosely brainwashed and checked-out Mark (Parks and Recreation’s Adam Scott), is battling his own demons. In the outside world he’s a troubled, alcoholic widower who has taken the job at Lumon to distract him from his loss. Not that it’s working. “Forgetting about her for eight hours a day isn’t the same thing as healing,” sagely points out his sister, played by Jen Tullock.

Such a sinister premise leads to moments of wonderfully bleak comedy and eerie surrealism, managed deftly by an exemplary cast. Far from her compassionate, Oscar-winning performance in Boyhood, Patricia Arquette is cold and cruel as boss Peggy, and Christopher Walken pops up too, evidently entering the television-regular phase of his career following last year’s BBC comedy The Outlaws. After his memorable turn in a Waystar Royco team-building exercise with Kieran Culkin in Succession, Zach Cherry plays another wry co-worker, while John Turturro’s Lumon stooge is a brilliantly observed office stereotype. Both are “severed” employees who spend their days sifting through unexplained, seemingly meaningless data in what seems to be a knowing take on what the late sociologist David Graeber wrote about in his 2018 book Bulls*** Jobs: A Theory, which picks apart the concept of pointless work that drains the worker’s notion of self-worth but to which they must commit their lives.

Lower’s Helly isn’t the only one questioning the dodgy-sounding severance process. A former Lumon employee called Petey (Yul Vazquez) has managed to bypass the allegedly irreversible brain implant and tracks down the real-world version of Mark in an attempt to share information about the company. Initially, Mark is confused; he’s never met this man. But, of course, they’ve actually spent the past three years together at the office.

As high concept television goes, Severance is pretty lofty, but its ambition is compelling – not least because it might just be the bulls*** jobs backlash we’ve been waiting for.

Isla Fisher: ‘Instagram is toxic for children and filled with fake news’ 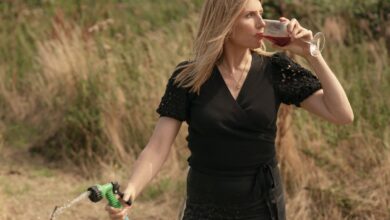 Bad Sisters review: Sharon Horgan’s dark, bonkers comedy will have you rooting for a clan of murderous women 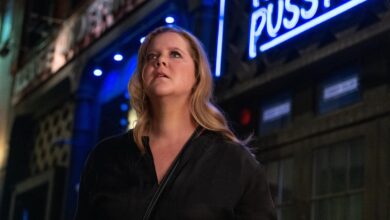 In Life & Beth, Amy Schumer finally plays a human being