Raw sewage has been pumped into the natural environment for more than nine million hours since 2016, new figures show.

That equates to a duration of 392,806 days or 1,076 years of sewage discharge polluting the UK environment, according to an analysis of Environment Agency data obtained through Freedom of Information Request by the Labour Party.

The party says it believes that the full scale of the pollution is likely to be even greater because the monotoring does not cover every permitted storm overflow.

“Whilst water companies are paying billions in dividends, the Tories have allowed them to cut corners and pump filthy raw sewage onto our playing fields and into our waters,” he said.

“Labour will put a stop to this disgraceful practice by ensuring there can be enforcement of unlimited fines, holding water company bosses legally and financially accountable for their negligence, and by toughening up regulations that currently allow the system to be abused.”

Water companies have come under increasing scrutiny in recent days after drought was declared in parts of England and Wales.

Then as thunderstorms hit the UK, so too did reports of sewage pouring into our seas, with swimmers warned against bathing at more than 50 beaches this week because of the pollution.

The news also comes after the Liberal Democrats revealed that the pay packets of water company bosses have risen by a fifth since the financial year 2020-2021.

Earlier this month,The Telegraph reported that the government had delayed plans to reduce the amount of raw sewage that is dumped into waterways across the country.

However, in the most recent release from The Department for Environment, Food and Rural Affairs the government says it’s set to publish its plan on the September deadline.

Water Minister Steve Double said: “We are the first government to take action to tackle sewage overflows. We have been clear that water companies’ reliance on overflows is unacceptable and they must significantly reduce how much sewage they discharge as a priority.

“This is on top of ambitious action we have already taken including consulting on targets to improve water quality which will act as a powerful tool to deliver cleaner water, pushing all water companies to go further and faster to fix overflows.”

The Independent has contacted Water UK, which represents the UK water industry, for comment. 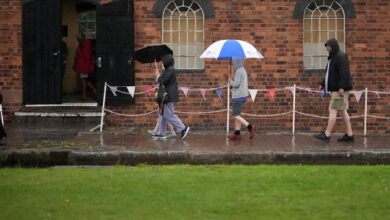 ‘The most extreme heat wave ever seen in Europe’: Warm January topples records 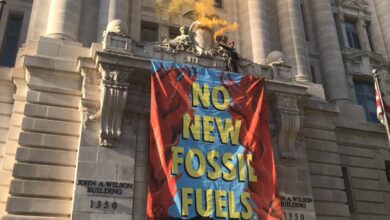