The video, which first appeared on various Russian Telegram channels and was later shared to other social media platforms, shows a soldier approaching a bound figure lying face down, wearing blue and yellow patches.

The Russian soldier, wearing surgical gloves and wielding a knife, then cuts the backs of the prisoner’s trousers before reaching down to mutilate the captive.

The genitals of the Ukrainian detainee, who was being restrained by several Russian soldiers wearing camouflage, are then shown to the camera.

Some reports have described the weapon used by the Russian soldier as a box cutter.

A later clip is said to have shown the same Ukrainian prisoner being tied up and shot in the head.

The Independent was unable to verify the footage, but the investigative outlet Bellingcat said it appeared to be authentic and the video has been shared by pro-Russian media.

An adviser to Volodymyr Zelensky, the Ukrainian president, also indicated the video was genuine and vowed Kyiv would identify and punish the soldier’s killers for the torture and murder.

One Ukrainian MP said on Twitter she had been banned by the platform for posting the video.

Inna Sovsun MP later shared a screenshot of the original post with the footage blurred, in which she wrote: “Russian soldier from Chechen battalion Ahmat cut off the genitals of Ukrainian POW (prisoner of war).

“This is what Nazis are doing to Ukrainians.

“Russia has to pay for it!

“Give Ukraine the weapons we need to stop this nightmare once and for all. The world can’t pretend like this isn’t happening!”

In a second tweet posted on Friday, Ms Sovsun wrote: “Twitter banned my profile today. Because I posted a video where a Russian soldier castrates a Ukrainian POW.

“@Twitter decided it was too cruel. But this is what happens. And deleting the video won’t change that.

“People should know what #Russia is doing!”

Kyiv’s prosecutor general’s office has since announced it has launchded an investigation into the video, while its Ministry of Foreign Affairs called on the International Criminal Court to launch a probe.

“Ukraine strongly condemns the brutal war crimes committed by the servicemen of the Russian Federation against Ukrainian prisoners of war, particularly horrible cases of torture, physical abuse, inhuman treatment, wilfully causing great suffering or serious injury to body or health and wilful killing of Ukrainian prisoners of war,” the department said in a statement.

Macron calls for ‘new European political community’ that could include Britain 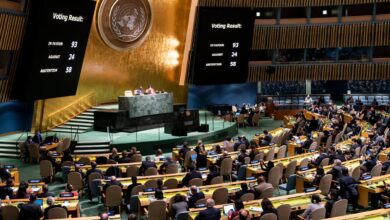 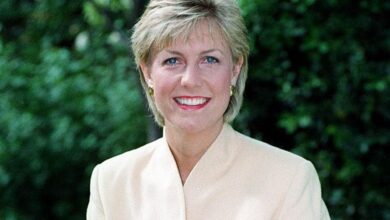 Jill Dando may have been shot by mistake after mafia hitman mix-up, court documents claim