Sinn Fein is on course for its best ever result in a Northern Ireland Assembly election after receiving the most first-preference votes.

With counting for the 90 Stormont seats continuing late into Friday the republican party had won 16 seats, well ahead of the Alliance on four and the DUP and UUP on three.

The party’s vice president Michelle O’Neill was elected on the first count in Mid Ulster, with Alliance leader Naomi Long topping the poll in East Belfast.

DUP leader Sir Jeffrey Donaldson was elected on the first count in Lagan Valley. He said he was delighted with his party’s performance there.

“I think it is going to be very tight at the end as to who will emerge as the largest party,” he said.

“One of the key messages for me is that unionism simply can’t afford the divisions that exist.”

She said that Sinn Fein wanted to “together work in partnership with others”.

The first MLA elected to the Stormont Assembly declared an Alliance Party surge. Kellie Armstrong was elected for the Strangford constituency on the first stage of the count with 7,015 votes.

Counting is set to continue into Saturday.

DUP MP Sammy Wilson warned earlier that his party would not re-enter the Executive without government action over the protocol.

“If there’s no legislation in the Queen’s Speech and no plans to deal with the protocol then we’ve made it very clear the assembly can’t function if the poison of the protocol is still there,” he said.

But Sinn Fein MP John Finucane said people were more concerned about bread-and-butter issues. He said: “I believe the DUP during the campaign outlined a five-point plan as to how they were going to grow our economy, fix our health service and help working families. I don’t see how that is possible without an executive.” 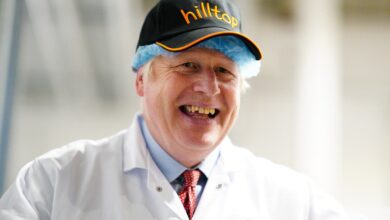 No apology from Boris Johnson, after hostage Nazanin tells him she ‘lived in the shadow of his words’ 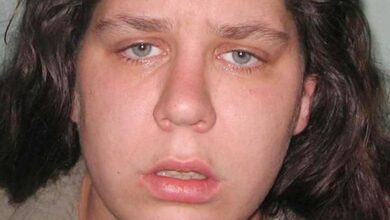 Baby P’s mother Tracey Connelly should be freed from jail, parole board rules