The skeletal remains of a 61-year-old woman have been found in a London flat after neighbours reportedly complained about a bad smell for over two years.

Locals said the victim had owed thousands of pounds in rent and her letter box was overflowing.

Neighbours said that they had reported a “foul smell” to their housing association landlord in October 2019.

Police officers finally forced the door of the flat last week and found that the woman had died.

A young woman who lived next door to the flat in Peckham, south London, said: “They told me she was basically a skeleton and asked me to confirm her ethnicity.

“It’s disgusting,” she added, “I’m just shocked. I didn’t know her very well but she would sometimes collect my deliveries.

“I came back from a trip abroad in September or October 2019 when I noticed a horrific stench in the building.

Residents grew even more worried when a forced entry notice for a routine gas check appeared on her door in 2020.

“We repeatedly called the housing association because it was weird,” the neighbour said.

“The police came but they said lots of people had moved out of London during the pandemic and she could be abroad.”

A spokesperson for the Metropolitan Police said: “At 19:01hrs on Friday, 18 February police were called to a flat in St Mary’s Road, Peckham.”

Concerns had been raised about the welfare of a woman who lived at the address.

“Officers attended and forced entry. The body of a 61-year-old woman who was deceased was found inside.

“The woman’s death is being treated as unexplained but not suspicious.

“A file will be prepared for the coroner.” 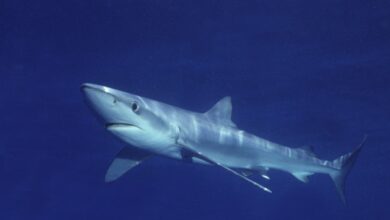