Stop all the clocks,” WH Auden famously wrote of the enormity of grief; “cut off the telephone… Bring out the coffin, let the mourners come.” If Auden were writing that poem about the funeral of Queen Elizabeth II, the clocks might be replaced with “traffic” and the telephone with “central London”. For one day, Britain seems to have ground to a halt.

In a television landscape increasingly dominated by on-demand streaming, where live “event TV” has become limited to the Euros finals and Love Island, today we bore witness to the passing of a seminal moment in our island’s story: all the major channels devoted their scheduling to the Queen’s funeral, in a sombre, striking acknowledgement that an era is ending. And in this wall-to-wall broadcast, the protagonists – the new King Charles, his wife Camilla, sons William and Harry, and their wives, Kate and Meghan – moved with the enforced dispassion of performers. This was grief meeting history, with the eyes of the world quite literally upon them.

I think back to my own grandmother’s funeral, and how, as teenagers, my sister and I were caught by giggles at the deacon’s extraordinarily resonant baritone. On television, the royals do not have such a luxury. They cannot give in to the confused emotions of grief, but instead have to perform a strange stoicism. As Justin Welby, the Archbishop of Canterbury, observed in his sermon, their grief is something we can all comprehend. What we cannot hope to truly understand is grieving, as the archbishop put it, “in the brightest spotlight”.

At times, the most striking thing about the ceremony was its normality. A family dressed in black. Eyes wetted by the eerie quality of a sung psalm. Stifled coughs during the prayer readings. Those moments contrasted for viewers with the gilded spectacle of the occasion. Red-coated pall-bearers moved like wind-up toy soldiers, a staccato pomp that reminded us that this was no “normal” funeral (where one pall-bearer would be hungover, and another struggling with a recent back injury).

On the BBC, the indefatigable Huw Edwards anchored the coverage with his well-practised solemnity. At times, the disembodied commentary on the procession of royals, politicians and celebrities felt like the Olympic opening ceremony, or even Eurovision. On ITV, Tom Bradby and Julie Etchingham tried to impose themselves against the reality that Edwards had become the voice of the moment. All the presenters battled for the most reverent (possibly obsequious) tone. At times it entered the realm of the bizarre: the prince and princess, George and Charlotte, were described by Edwards as “looking immaculate”. “We’ve come to expect nothing less of these two,” his co-host, royal biographer Katie Nicholl, observed.

Live TV is a fickle beast. It doesn’t move with the mechanised precision of a pre-record. The camera lingered, at times, uncomfortably long on a set composition: waiting for the coffin to emerge from Westminster Hall, or hovering, God’s eye, above congregating masses at the Abbey. The scale of the production – and we shouldn’t forget that this was a production, with brilliant directors pulling the strings – and the seamlessness with which it was executed were unprecedented. In years to come, this will be reduced to a montage, those few key images burnt onto the retinas of memory. But, in the moment, there was an odd poignancy to its imperfection. When David Hoyle, the Dean of Westminster, began his address only to find a frog inconveniently resident in his throat, a watching world realised it was witnessing real people, doing their real jobs, under the enormous weight of our national narrative.

Perhaps the most extraordinary moment came when the choir sang Ralph Vaughan Williams’s setting of Psalm 34, composed in 1953 for the Queen’s coronation. Vaughan Williams died in 1958, ascending to that small clubhouse of great British composers of the 20th century – alongside Elgar, Holst and Britten – to become part of the great historical firmament. That coronation, 70 years ago, was a landmark moment in British television. It was said that there were 17 viewers per TV set in the UK, and the tape was flown to the US and Canada so that it could be broadcast on the same day. And all the viewers who watched the coronation in 1953 heard this same piece of music – a reminder, simultaneously, of the great proximity and increasing distance of history.

Once the coffin was processed out of Westminster Abbey – King Charles, Princess Anne, Prince Edward and Prince Andrew following in its wake – the reins of the proceedings were handed back to the commentators. Edwards, Etchingham and co have become extremely accomplished at vamping over the past 10 days, filling the lengthy procession from Westminster Abbey to Wellington Arch with colourless factoids and titbits. The inanity of observations like – of some horses – “a sight that the late Queen would’ve been very touched by” reinforced a dogma that today was about the Queen, not the broadcasters. As the procession passed over to Windsor – with David Dimbleby and Kirsty Young presenting – grandeur gave way to something more personal. After 96 years, this is it.

All the voices on commentary, for the BBC and ITV, were tasked with explaining this moment in history. They needn’t have bothered. The blanket of nervous stillness that descended on Britain today for a couple of hours – punctuated only by barking dogs, crying babies and teenagers on e-scooters – perfectly told the story of a nation gripped by a piece of television history. 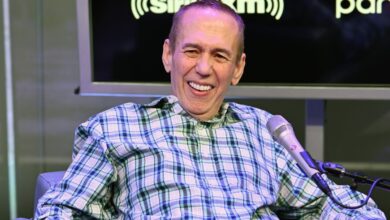 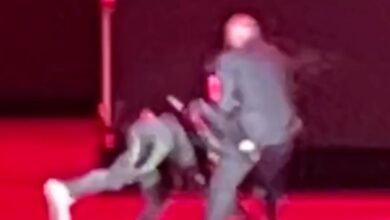 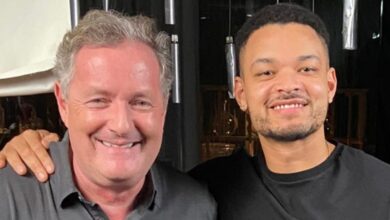 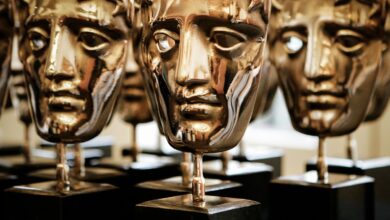 Bafta TV Awards 2022: Full list of winners as they are announced