An elderly couple drowned in their car off the Normandy coast on Sunday, according to local reports.

The car was swept out into the English Channel as they drove along a low, coastal road as Storm Franklin hit the north of France.

The couple, said to be a 70-year-old woman and 74-year-old man, were unable to escape and were found dead by emergency services, Ouest France said.

Firefighters were said to have received a call from the couple at around 9.50pm saying they were stranded on the road to Bricqueville-sur-Mer.

The fire service kept in contact with the couple and sent nearly 20 vehicles to the scene but had difficulty locating the car.

A helicopter from France’s civil security agency found it at around 11.15pm once the tide began to fall. By this time the couple were dead, reports said.

Ouest France quoted Herve Bougon, mayor of Bricqueville-sur-Mer, as saying: “With the wind, the car skidded, it would have been pushed to the side by sinking into the water.”

The mayor said the road was not usually submersible but the high winds had “pushed waves on the road”.

Storm Franklin also hit the UK on Sunday night, the third named storm in less than a week. Almost 3,000 homes across Northern Ireland remained without power on Monday morning.

The Met Office warned that the storm threatened flooding across the UK on Monday. Many train operators urged passengers not to travel as lines were blocked by fallen trees and flooding.

Several major road bridges were closed on Monday morning, including the M48 Severn Bridge connecting England and Wales, and part of the Dartford Crossing between Kent and Essex.

Franklin follows storms Dudley and Eunice, the latter of which brought the strongest winds in more than 30 years to the UK and killed three people in Britain and one in Ireland. 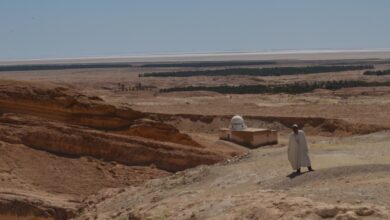 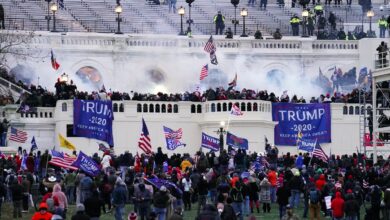 Burner phones and a seven-hour gap: What we still don’t know about the Trump White House call logs from Jan 6