Homes have been evacuated and people have been warned not to travel as Storm Franklin hits the UK with 75mph winds.

There has been severe flooding in Northern Ireland, and people in Manchester and Yorkshire have had too flee their homes. In Llandinam, Wales, seven people have been rescued by boat after their houses were inundated.

National Rail is advising travellers to check their routes before setting off, while Southeastern railway and CrossCountry trains are “strongly” advising against travel.

Storm Franklin comes hot on the heels of Storm Dudley and Storm Eunice, which killed three people in the UK and left 1.4 million homes without power.

Tens of thousands are still without electricity – and it’s estimated Storm Eunice caused around £350 million worth of damage.

A yellow weather warning is in place across much of England, southwest Scotland and Northern Ireland until 1pm today – and the bad weather looks set to continue this week. 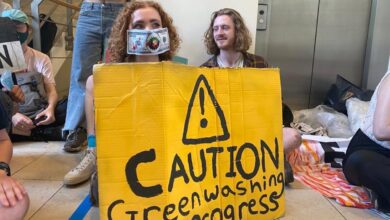 Drought in England could continue into next year amid ‘exceptionally low’ river levels, Environment Agency warns