Suki Waterhouse is a little disappointed. The waiter is sorry to inform us that we’ve missed breakfast by six minutes. That means no blueberry pancakes or scrambled eggs. Waterhouse does, however, manage to wrangle us an off-the-menu delight: some toast with a little jam and butter. “It’s not quite lunchtime yet!”

The first hurdle in interviewing Suki Waterhouse is, well, what do you call her. The 30-year-old is best known as a model. Those bangs – chic-ly unkempt in the style of Sixties French icons Juliet Berto and Françoise Hardy – were made famous on the covers of Vogue and Tatler. These days, you’re more likely to see them swishing their way across a big screen opposite Lily Collins in a romcom (Love, Rosie) or in Sam Levinson’s stylistic precursor to Euphoria (Assassination Nation). And she is a musician – one who has just come off tour with Father John Misty and released a debut album. A multihyphenate, then? “Bleurgh!” the west-London-born star feigns a gag. “Truthfully, it makes me want to vomit… model-actress-singer.”

Whether you see Waterhouse as a long-time artist or a new arrival depends on how closely you’ve been watching. It was almost a decade ago that she released her first song, “Brutally”, on YouTube. Ever since, she has been drip-feeding her steadily growing fanbase at an approximate rate of one track per year. I Can’t Let Go is her first album. “It definitely took me time to feel like I was allowed to release music, to be seen in a different way,” she says. It was during lockdown that Waterhouse gave herself permission. “I said to myself, if you don’t do this right now, you’re never going to do it. And you’ll always f***ing hate yourself because you didn’t.”

Waterhouse – who has a knack for making you feel like a lifelong friend – can predict how some sceptics will react to her quote-unquote latest pivot to music. “Trust me, I know it’s awful,” she adds. “I totally get it, but I can’t help my identity crisis.” She recently bumped into Jared Leto on the street and drilled him for advice on how he manages to keep his acting and his music so separate.

While her earlier material was more naturalistic (“my music box was sort of the six chords I knew on guitar”), I Can’t Let Go is ornate – with production from indie powerhouse Brad Cook, who has worked with Bon Iver, The War on Drugs, and Snail Mail. Melodic and melancholy, the album evokes vintage movie scores, Sixties girl bands and the dusty plains of Americana. Waterhouse’s voice, low and lush, glows warm like the lit end of a cigarette in a dark saloon. Or an e-cig, like the one she takes little puffs from in between mouthfuls of jam on toast. “It’s not socially acceptable, I know…”

These are love songs. Songs about heartbreaks and break-ups. “Well, I’ve got ample source material.” She gives a knowing eye-roll. “I always want to make music that marks the time I’m in. I’m a mind-hoarder and I’m always trying to know where I was.” She props her chin up on her elbow and leans forward as if she’s about to divulge a secret. “I don’t know if you ever get this, but sometimes, I can’t remember. I can’t remember where I was or what I was doing or anything. I only really remember life by who I was in love with at the time. Or how long it took for me to recover.” That recovery is certainly not helped by the slew of headlines that inevitably accompany her high-profile relationships. “You’re not seen empathetically when you’re that young. You get absolutely torn apart.”

Being a romantic isn’t so fashionable these days. And break-up music typically comprises girl boss anthems about empowerment (“I’m so confused about what empowerment is. It feels like we’re in this era where everything is empowering so nothing is”). On the contrary, Waterhouse makes music that is downcast and languid, full of intimate confessions about romantic vagaries – perfectly content to curl up in a ball and pretty-cry. The breathy ballad “Put Me Through It” is a rose-tinted look at the bad times of a relationship. When I point out this difference, between her break-up songs and the dump-him tirades that are in vogue currently, she shrugs. “Everyone feels pretty sad, no?”

If writing helps her remember; it also helps her process. “There’s this incredible effect where suddenly I’ll be able to see things clearly.” Much of I Can’t Let Go is about a relationship that took a long time “to untangle and understand”. But finally, she was able to see it: “You look at that girl. She’s just like Bambi. Shit was difficult; I definitely have a completely different grip on how to manage those things now.” She pauses and repeats herself. “A completely different grip.”

Her lyrics are literal, but foggy enough that she isn’t concerned about any one person hearing them. “There’s definitely stuff that I hold back,” Waterhouse says. “I’ve grappled with how I would be able to talk about things that have happened to me in the industry over the years. It’s so difficult once it’s out there in the headlines that I always worry about being able to say it. I’ve found that in music, I can abstract it enough to be able to do that. Music is where it feels safer.” It is no coincidence, then, that the most literal song on the record “cringes” her out the most. She wrote “Bullshit on the Internet” about seeing an ex with someone new. “You break up with someone, and a week later they’re in the papers with someone gorgeous, and you’re sitting at home sobbing and having the worst time of your life.” Later she adds, “I’m glad that I’ve never been attracted to a man that has Instagram.”

In fact, songwriting has always been a port in the storm for Waterhouse – even when she was doing it just for herself. “I think it was the one thing that I had that was completely away from being viewed or judged,” she says. “Most things in my life, since I was 20, have been horribly public and embarrassing, but this was something I had control over.”

Waterhouse has in the past been viewed through the gazes of the men in her life: Bradley Cooper, Diego Luna, and since 2018, Robert Pattinson. Reflecting on how – in the media, at least – her own personality and accomplishments were routinely subsumed into the shadows of her romantic partners, Waterhouse says, “I think I was just a baby. You’re not really sure what your accomplishments are when you’re that age. You’re in love – you don’t care!” For a long time, she didn’t think her story even belonged to her. “You start to believe that the narrative is decided for you, that it’s owned by something outside of you. And then you actually realise that nobody knows the narrative; you know the narrative.”

Through music, she’s been able to reclaim it as her own – in more ways than one. “Music is the first time I’ve felt like the boss. I think a lot of times in my life, I have been for hire, and now it’s like I’m very much the one running it.” That reality is more glamorous at times than at others, but it’s never not exciting. One night on tour, Waterhouse found herself performing at Radio City Music Hall, the fabled New York venue where Linda Ronstadt, Bette Midler, and Stevie Wonder have played. “It was this incredible life-dream come true, but there I was also thinking about the toilet on our bus, which had just exploded.” Later she clarifies, “There was poo everywhere.”

To outsiders, releasing an album might look like a U-turn, but it was at one point the grand plan. She grew up in Chiswick, the daughter of a cosmetic surgeon and a cancer nurse. Waterhouse didn’t have a record player, but she did have a collection of vinyl, which she used to decorate her bedroom. Etta James, Aretha Franklin, Garbage, Sheryl Crow, Alanis Morissette, and Fiona Apple. Waterhouse bought her first guitar at 13. She started a band at school, only no one would show up for practice. “When I was a kid, I thought that music was what I was going to do – and then life took me in a whole other direction.”

That direction was somewhat decided at age 16 when she was scouted by a modelling agent while out shopping. She fast became a fixture on runways and magazine covers. Like Alexa Chung, Waterhouse is part of the bygone era of It-girls. “That was an amazing time in my life, but everyone is basically a model now,” she says. “I do have a theory that if you do it quite intentionally, even for a couple of years, you start to lose it. It makes you really strange; you’re constantly being viewed or perceived.” As if instinctively, she wraps her jacket tighter around her shoulders in a gesture of self-protection.

At 21, Waterhouse left home for Los Angeles. “A guy,” she scoffs when I ask what prompted the move, laughing at herself and how predictable the answer is. “The first few years were really strange. I don’t think there was even Uber then. I was living with a guy and his mum – it wasn’t that cool.” In 2014, reports emerged that Waterhouse had moved in with Cooper and his mum Gloria. But nine years later, she still regards LA with the same wide-eyed fascination she did then. “It feels like this mythic place where extreme things happen, like it’s not real life.”

Real life right now is pretty good for Suki Waterhouse. She has signed to the label of her dreams; her album is out; she has just come off tour and is about to go on another. Even her earliest singles (once regarded as throwaway material) have found a forever home on vinyl. She is also set to star in the much-anticipated TV adaptation of Taylor Jenkins Reid’s bestselling novel Daisy Jones and the Six. “I don’t want to go. I’m refusing to leave London,” she smiles – for as long she can, at least. “I guess home is, you know, where my boyfriend is at the time. Where we can both be together, that’s home now.” She and Pattinson have been thinking about getting a dog. “It was an obsession when I was on tour, but then I got back and we both completely forgot about it.”

Waterhouse is on the cusp of something new, again. She’s glad it’s happening in her thirties. “I don’t think I would have been ready for any of this before – but it’s such a weird age. Christ, what about all the life stuff?” I ask whether “life stuff” means children, leading to a brief digression on what it would be like to freeze your eggs. “I just can’t imagine, the idea of being on tour…” With a baby? “No! Not a baby, but you get really angry and bloated [when you’re freezing eggs], don’t you? I can’t be on tour doing that,” Waterhouse laughs. She is too busy living out her childhood dreams – and dealing with broken toilets on tour buses.

‘I Can’t Let Go’ is out now through Sub Pop 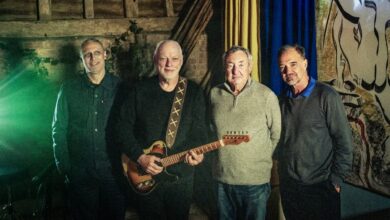 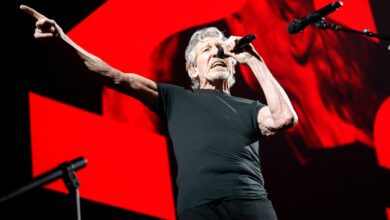 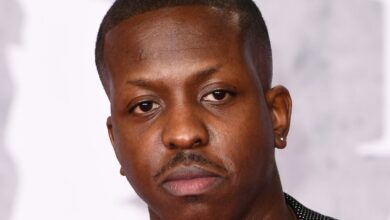 Baby Queen: ‘Courtney Love said not to call myself a pop star; rock stars get away with more and stick around longer’