For some fans, the 2022 Super Bowl halftime show was everything they’d hoped for. To others, it fell short of expectations.

Dr Dre orchestrated a collaboration between some of the biggest names in hip hop for the traditional performance on Super Bowl Sunday, with Mary J Blige, Eminem, Kendrick Lamar and Snoop Dogg all performing.

As usual, surprise performances were kept under wraps until the very last moment. A slightly out-of-breath 50 Cent was this year’s guest star, appearing after Dr Dre and Snoop Dogg opened the show with a celebration of Compton – complete with a replica of Tam’s Burger Joint. Dancers performed over a glowing map of the California city.

Next, Mary J Blige to take centre stage for a performance of her Dre-produced single 2001 single “Family Affair”, before a rendition of “No More Drama”.

Dre reportedly funded much of this year’s event himself, which is perhaps why Eminem and Kendrick Lamar felt compelled to ignore instructions from the NFL to keep politics out of their performances.

Lamar chose to perform his 2015 track “Alright” during his segment, backed by a troupe of male backing dancers who seemed to reference Black Lives Matter protests. The song itself – from Lamar’s critically adored album To Pimp a Butterfly – has become an anthem for protests against racial injustice in recent years.

Meanwhile, Eminem knelt for one minute after a rendition of his 2002 classic “Lose Yourself”, while on stage with Dre, and Anderson .Paak on drums as another surprise guest. While many praised Eminem for doing so, others pointed out how Colin Kaepernick, a Black man, continues to be blacklisted for his protests against racial injustice, while Eminem, who is white, was able to take the knee today (14 February) on that same platform.

“A Black man gets Blacklisted for taking a knee against racial injustice,” journalist Ernest Owens observed. “A white celebrity, years later, takes a knee on the same platform that was denied to that Black man. Who am I supposed to be praising right now? Am I truly supposed to act like the latter did something?”

“I think I know why Eminem was kneeling, but if it’s related to Colin Kaepernick, he should say that,” sports journalist Jemele Hill tweeted. “Not a criticism. But would be a powerful addition to the conversation.”

Others felt uneasy about Dre’s presence due to his history of violence against women, particularly in the wake of the #MeToo movement.

In 1991 ,the music mogul confronted TV host Dee Barnes about her coverage of NWA at an LA nightclub – in a $22.7m (£16.7m) lawsuit, she accused him of punching her and slamming her face and body repeatedly into a wall.

Dre – real name Andre Romelle Young – pleaded no contest to assault and battery and was fined and sentenced to community service and probation. The previous year, Dre’s label made Tairrie B accused him of punching her twice at the Grammys for releasing a song that included derogatory lyrics about Dre and NWA.

In a statement to the New York Times in 2015, Dre addressed the allegations against him.

“I apologise to the women I’ve hurt,” he said. “I deeply regret what I did and know that it has forever impacted all of our lives.”

“Twenty-five years ago I was a young man drinking too much and in over my head with no real structure in my life. However, none of this is an excuse for what I did. I’ve been married for 19 years and every day I’m working to be a better man for my family, seeking guidance along the way. I’m doing everything I can so I never resemble that man again.”

His chequered history was perhaps one of the reasons why reporters were unable to pose questions to Dre, Snoop and Mary J Blige in a press conference ahead of the event. During the appearance, Dre said the NFL was late embracing hip hop, and vowed that their Super Bowl halftime show would create more opportunities for the genre.

“We’re going to open more doors for hip-hop artists in the future and making sure that the NFL understands that this is what it should have been long time ago,” he said. “It’s crazy that it took all of this time for us to be recognised. I think we’re going to do a fantastic job. We’re going to do it so big that they can’t deny us anymore in the future.”

Snoop seemed to feel content the group had achieved this, posting a simple message of thanks after the halftime show concluded: “Thank you 4 a beautiful night!!” 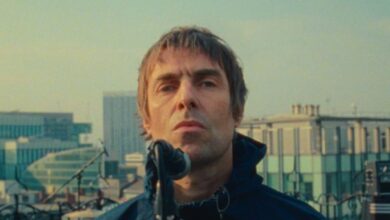 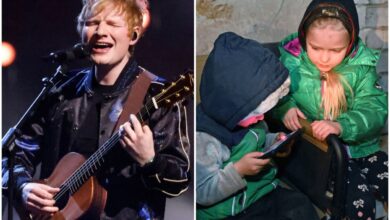 Concert for Ukraine: How to donate to ITV fundraiser during live charity show

The complicated story of Dr John’s ‘Things Happen That Way’, the album he always wanted to make 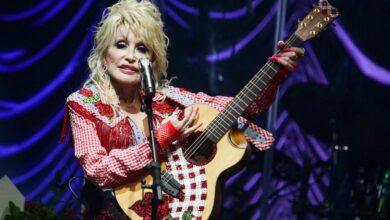