A 40-minute blast of pure, undiluted zeitgeist. A gigantic crowd stretching away over hill and vale. A generation’s prejudices and expectations overturned like a flick of dust off the shoulder. A setlist chiselled into quicksilver by Zeus and carried to the stage by a choir of winged roadies. Or maybe just the Dalai Lama, blowing out the candles on a birthday cake.

These are just a few of the reasons why a gig playing out on the hallowed grounds of Worthy Farm might go down in Glastonbury folklore – one of those iconic moments that don’t just make the weekend, but mark out the evolution of pop culture. Glastonbury is where musical history is made and cultural colossi are crowned on a near-annual basis.

Ahead of the glorious return of the world’s greatest festival, headlined this year by Paul McCartney, Billie Eilish and Kendrick Lamar, here’s a look back at the best ever Glastonbury performances.

Sometimes quantity really does matter as much as quality. Without a steel fence to keep the gatecrashers away, Glasto was officially free and The Levellers played to what is reported to have been the festival’s largest-ever crowd to date, estimated at 300,000. Imagine how many dogs were tied up at the gate.

As far as classic Glastonbury talking points go, nothing since Michael Jackson died has come close to Kanye’s 2015 slot. For all his claims to be “the biggest rock star on the planet”, nerves got the better of what was arguably Kanye’s highest-profile show ever. His attempt to echo Jay-Z’s rock-embracing “Wonderwall” from 2008 fell flat when he forgot the words to “Bohemian Rhapsody”, and he had to restart “Black Skinhead”’ after comedian Lee Nelson invaded the stage pretending to be a surprise guest rapper. Nonetheless (look away now, Noel), some class this as another key victory in hip-hop’s Glastonbury takeover.

The volume, according to some onlookers, was like listening to a car stereo playing ”Movin’ On Up” underwater three miles away. Yet Primal Scream bringing Screamadelica to the NME Stage in 1992 was more of a collective celebration of music’s most double-visioned zeitgeist. Generation “Loaded” came together as one, and rock and dance cultures mated furiously in the bushes at this peak of the ecstasy rave explosion.

“Don’t touch my car!” Marc Bolan barked at Michael Eavis when the burgeoning festival don – en route to Minehead Butlin’s to replace The Kinks at what was then essentially a farmer’s party taking place on a stage held together with string – tried brushing leaves off his Cadillac. Yet Bolan’s T Rex stormed the inaugural Glastonbury (or the Pilton Pop, Folk & Blues Festival as it was known – £1 per ticket and all the milk you could drink). “Bolan played on and on and on as the sun was going down,” Eavis recalled, “all the hits, the full works, and it sounded fantastic.”

In 2005, Kylie was forced to pull out of her Pyramid Stage headline slot due to her cancer diagnosis, a wrench for fans and artist alike despite Coldplay’s spectacular replacement set. The Eavises, however, couldn’t get her out of their heads. When she finally honoured the booking 14 years later, for 2019’s Legends slot, she pulled out all the stops, putting on a headline-worthy show rammed with her biggest hits. There were celebrity guests, too, including Chris Martin on “Can’t Get You Out of My Head” and Nick Cave for “Where the Wild Roses Grow”. Dolly-beating stuff.

As many a troubadour will attest, it’s rare to find a crush of 15,000 people stuck outside the Acoustic Tent. But the arrival of local (ish) heroes Portishead bearing the sumptuous jazz lounge trip-hop of their hugely acclaimed debut album Dummy prompted just such polite chaos. The lucky few inside reported a bewitching set of very modern heartache – “Glory Box” and “Sour Times” capping a show of immense grace and emotion. As many tears inside as out.

The best sign of encroaching superstardom, they say, is when your John Peel Stage debut is as rammed and rambunctious as Theresa May’s leaving drinks. Arguably the first and finest example was the tsunami of fans descending on the New Tent early on the Saturday evening in 2004, to toast the arrival of Las Vegas indie pop showmen The Killers. The crowds stretched far outside the tent but even the ones on the outskirts bawled along to “Mr Brightside” and “All These Things That I’ve Done”. It was such a “moment” that the band returned to the stage (now the John Peel Stage) for a secret encore in 2017.

Dance music had long since conquered clubland, but its clout as a force to unify a vast festival crowd was unrecognised until Orbital took Glasto ’94 by synthetic storm. Drawing 40,000 ravers to the NME Stage for their headline set with little more than compulsive beats and headlights on their faces, the Hartnoll brothers dazzled not just the millions watching Glastonbury’s first televised broadcasts on Channel 4, but Eavis himself. So much so, in fact, that he was inspired to open a dedicated Dance Tent the following year. It’s since grown into its own festival-within-a-festival in the Silver Hayes dance village.

Cardi B clears up Billie Eilish’s ‘weird’ comment at the Met Gala: ‘I hate the internet’

The spectacular return of Midlake: ‘If we’re going to do this, it needs to be on our own terms’ 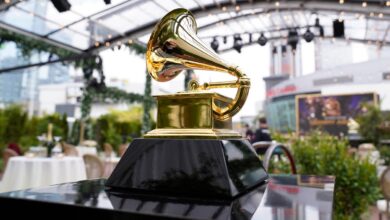