On websites dedicated to selling souvenirs from history’s most notorious murderers, a photograph signed by Charles Manson will set you back $500.

A densely handwritten letter by the now deceased cult leader and convicted murderer goes for $750. And a purported prison ID card for Patricia Dianne Krenwinkel, a former member of Manson’s “Family” who was likewise convicted in 1971, is on sale for $5,000.

This Friday, the last untouched cache of Charles Manson “murderabilia” will get one step closer to this ghoulish market as a five-year legal dispute over the late killer’s estate returns to a Los Angeles court.

On one side is Jason Freeman, 45, from Florida, who claims to be Manson’s grandson and has the backing of the estate’s legal administrator. On the other side is Michael Channels of Santa Clarita, California, a longtime pen-pal named as Manson’s heir in a purported will from 2002, whose lawyer has billed him as the killer’s “chosen family”.

The prize at stake seems paltry: clothes, guitars, and personal writings that were in Manson’s possession when he died at Corcoran State Prison in California in 2017, along with the rights to Manson’s songs, image, and authorised biographies and documentaries.

Yet their value is boosted by the thriving industries of true crime media and “murderabilia” – items associated with prolific serial killers that fetch a high price in the obscure community of murder-obsessed collectors.

The estate could be worth between $400,000 and $1m, according to NewsNation, thanks to the continuing public fascination with Manson’s murders, recently recounted in Quentin Tarantino’s 2019 film Once Upon A Time In Hollywood. Mr Channels’ lawyer has said the value could be more than $1m.

“When Manson was alive he was one of the biggest wheelers and dealers on the murderabilia market,” Andy Kahan, a longtime crime victims’ advocate who has been campaigning against the murderabilia industry since 1999, tells The Independent.

“Manson recorded music from behind bars that was sold on the market. He [sold] used cigarettes. You name it, if it had Manson’s name attached to it, it would sell – and in some cases go for big bucks. Since for obvious reasons Manson isn’t going to be producing any more items, whatever items are up for stake will become extremely valuable and a big get. So as absurd as it might sound to normalised people in the outside world, the fight for his estate is not surprising to me.”

Manson’s murders caused an immediate sensation when they came to light in 1969, and have since become a locus for conspiracy theories and a symbol of the dark side of Sixties counterculture.

The twice-imprisoned singer-songwriter had formed a cult called the Manson Family in the San Francisco Bay Area, attracting numerous young women to live with him in a hippie commune.

That summer in Los Angeles, members of the Family murdered the actress Sharon Tate and eight other people. Prosecutors argued that while Manson had never ordered the killings, his hypnotic influence over the women and the apocalyptic worldview in which he immersed them made him culpable as a conspirator.

Mr Kahan’s activism has focused on passing US laws to prevent living killers profiting from their murders by selling memorabilia, a practice he describes as “like being gutted all over again” for the families of their victims. When the killer Anthony Shore was executed in 2018, he willed all his property – and his body – to the owner of a major American murderabilia marketplace.

In Manson’s case, Mr Kahan says, since the killer is dead, the sale of his items would be “bad taste, but you can’t legislate against bad taste”.

Yet Andy Mayoras, a probate lawyer and frequent commentator on celebrity lawsuits, said last month that the true value of Manson’s estate lies in the possible royalties from songs and image rights, which could “easily be hundreds of thousands of dollars”.

Indeed, Manson’s music has found some success: one song written before his conviction was covered by the Beach Boys, while songs from his pre-murder album Lie: The Love and Terror Cult were adopted by Guns N’ Roses and featured in Once Upon A Time…

Previously some royalties were awarded to relatives of Manson’s victims, and Mr Tarantino has said he was only willing to use the music because he was confident the proceeds would go to victims’ families. But according to a Daily Mail investigation in 2019, those court judgements are likely to have lapsed, meaning the royalties may end up as part of the spoils in Freeman and Channels’ lawsuit.

Mr Mayoras said: “It is blood money, and there can end up being a lot of it.”

Asked in a NewsNation interview last month why his client was so interested in the estate, Mr Channels’ lawyer claimed that he just wanted to honour the final wishes of his “friend”, though he dodged questions about why his client became friends with a convicted murderer in the first place. 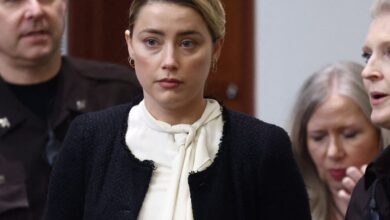 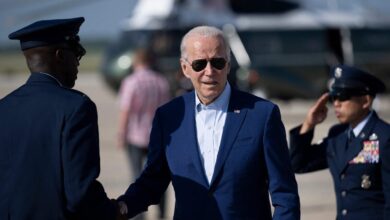 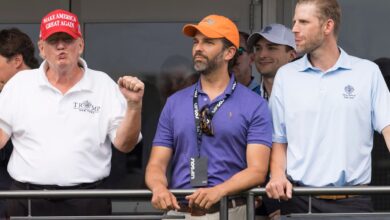