Leigh Francis’s deliberately repulsive alter ego Keith Lemon is one of the silliest, most tedious people on television. So he is an entirely appropriate host on E4’s very silly, and rather tedious, new show, The Real Dirty Dancing. An overlong list of random minor celebs are gathered together for an overlong 80 minutes to act out various scenes from the undistinguished but cultish “iconic” 1987 film Dirty Dancing. With so many on board, it all becomes very repetitive very quickly, and it is about half an hour too long (being generous).

The “action” takes place in a replica of the original Kellerman’s camp (this time in East Anglia rather than North Carolina) and the celebrities dress up, gamely get coached in mucky dance moves and have a stab at acting so as to “become” Johnny Castle (the Patrick Swayze role) and Frances “Baby” Houseman (Jennifer Grey). The aim is that the pairing who display the most sexual chemistry (yuck) and are the least bad dancers/actors get to perform “The Lift” in front of an audience of Dirty Dancing superfans in an unnamed venue (but unlikely to be Shakespeare’s Globe). If the first instalment is anything to go by, it’s basically a festival of good-natured failure.

Needless to say, I didn’t have “the time of my life” watching it. I recognised very few of the “famous faces” taking part, although I did clock two of the victims – Bobby Seagull, the maths genius off University Challenge a few years ago; and Anthea Turner, off Blue Peter when John Major was prime minister.

Unknown even in their own households as many of them must be, it is harmless enough and nearly fun. There’s plenty of Motown and Phil Spector, and Lemon’s constant and impressively committed pelvis thrusts and outsize personality just about carry the burden of presentation. Co-host and Pussycat Doll Ashley Roberts couldn’t keep up with Lemon’s enthusiasm. You must believe me: rarely has the word “iconic” been abused so comprehensively and to less convincing effect than in The Real Dirty Dancing.

Perhaps I ought to pay more attention to British minor celeb culture than I do, but there’s just so many of them nowadays, easily outnumbering the population of, say, Swindon. It doesn’t seem worth the investment. For what it’s worth, Blue’s Lee Ryan is the best dancer and has the hunky physique to execute the “iconic” lift, and comedian Verona Rose seems the best actor, even though at least one other contestant does it as a profession.

The real tension that emerges from this show is the fear that it might lead to more celebs trying to act out moments from the movies. You could imagine, say, the harrowing opening scene from Saving Private Ryan attempted by ex-Apprentice star Ryan-Mark Parsons, Downfall reenacted by the cast of Towie, or the shower scene in Psycho featuring Georgia “Toff” Toffolo and Peter Andre. The possibilities, I’m afraid, are endless when Keith Lemon gets this excited. Nobody puts Lemon in the corner.

‘It was bullying’: Frank Skinner says he is ‘deeply ashamed’ of blackface Jason Lee sketch 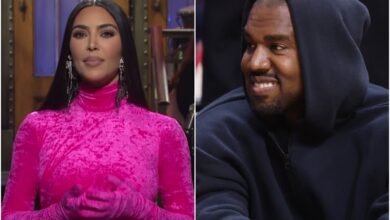