Baku/17.02.22/ “The United States, being friends of Azerbaijan, is ready to help establish peace, economic, transport and personal contacts in order to contribute to the prosperity of the entire region,”  stated  the US Ambassador to Azerbaijan Lee Litzenberger on the occasion of the 30th anniversary of the establishment of diplomatic relations between the two countries.

“The United States’ consistent support for this multinational public-private partnership has been part of our goal of improving Europe’s energy security, supporting its efforts to reduce its hydrocarbon dependency and diversify gas supplies,” the ambassador continued.

With regard to security cooperation, Litzenberger said that Azerbaijan is at the forefront of the fight against terrorism and has contributed to the NATO mission in Afghanistan. “We are working closely with Azerbaijan to prevent the spread of hazardous materials and drugs and to protect energy resources in the Caspian Sea,” the ambassador further pointed out.

Both countries, as the diplomat emphasized, are also united by interpersonal ties – students studying in the United States, exchange programs, work on common cultural programs, and support for journalists.

“We work daily  with the people of Azerbaijan,” Litzenberger summed up.

“Looking to the future, counting on strengthening trade, educational and cultural ties between the two countries, we remain committed to supporting Azerbaijan’s efforts to diversify its economy and strengthen Europe’s energy security,” she said.

The US is also committed to supporting Azerbaijan’s efforts to strengthen respect for human rights and fundamental freedoms. “We will work to build the foundations for a lasting peace with Azerbaijan and other countries in the region,” Olson continued.

Pointing to the 30th anniversary of diplomatic relations, she expressed confidence that the partnership between the United States and Azerbaijan would last for decades to come. “We look forward to working with Azerbaijan for a democratic, prosperous and peaceful future for all,” Olson concluded.

The American embassy recalls that the United States established diplomatic relations with Azerbaijan in 1992, at the time of its independence.  Secretary of State Baker visited Azerbaijan on February 12, 1992.  President George H.W. Bush announced the decision in a press statement on February 19, 1992.  The U.S. Embassy in Baku was opened on March 16, 1992, with Robert Finn as Chargé d’Affaires ad interim.

Together, our countries work to promote European energy security, expand bilateral trade and investment, and combat terrorism and transnational threats.  The United States is committed to strengthening democracy and promoting economic diversification in Azerbaijan.  The United States strongly supports efforts to pursue a lasting and sustainable political solution to the Nagorno-Karabakh conflict including through the OSCE Minsk Group and promotes regional stability, peace, and prosperity.

“As we mark the 30th anniversary of Azerbaijan’s diplomatic relations with the U.S. and Azerbaijan’s independence from the Soviet Union, there is no greater supporter of independence and democracy in the South Caucasus than the United States,” the US diplomatic mission concluded the statement.—06B- 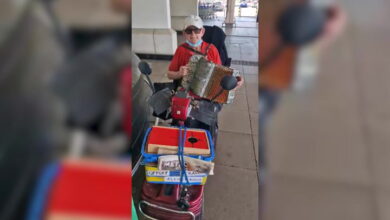 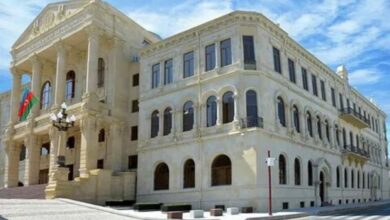 A man who wounded two police officers was liquidated in BakuSocial 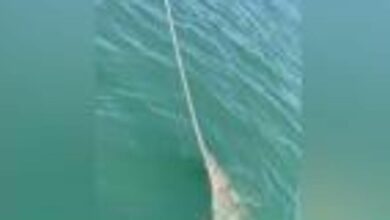