Thousands of protesters marched in London calling for government action to ease the cost of living crisis.

The TUC, which coordinated hundreds of coaches to bring demonstrators to the capital from across the UK, called for measures including “a decent pay rise for public-sector workers” and a £15 minimum wage.

They also expressed support for the Rail, Maritime and Transport (RMT) union rail strikes next week.

Onlookers reported a heavy police presence, with around 10 police vans.

Frances O’Grady, general secretary of the TUC, said: “I have seen the transport secretary Grant Shapps has threatened rail workers that they will strike themselves out of a job.

“Well you are wrong Mr Shapps: if you keep stirring, come the next election, you will be out of a job.”

Ms O’Grady added: “Let me say this to Boris Johnson: don’t you dare shift the blame for inflation on to working people.

“Don’t you dare, not after a decade of austerity, privatisation and pay cuts.

“Don’t you dare tell working families we have to put up with more pain.

“It is time to raise taxes on wealth, not workers.”

The TUC says research suggests workers have lost almost £20,000 since 2008 because pay has not kept pace with inflation.

A Treasury spokesman said it had “stepped in to ease the burden”.

The government was “helping 8 million of the most vulnerable British families through at least £1,200 of direct payments this year – and giving every household £400 to help pay their energy bills”, he told the BBC.

Protester Ben Robinson, who works for a housing charity in south London, said: “We’ve got residents who are coming into our offices who are choosing between feeding their own kids, not themselves, their own kids, and paying rent and heating, and that is just not a choice that anyone should have to face in the fourth-biggest economy in the world.

“And the growing disparity between the very richest in society and the other 99 per cent of people who just don’t have enough to get by.”

Frankie Brown, 24, a teacher, said: “Every day I have got kids in my class who are going home to homes where they don’t have enough to eat.

The government spokesperson added: “As part of our £37bn support package we’re also saving the typical employee over £330 a year through the imminent National Insurance tax cut, are allowing universal credit claimants to keep £1,000 more of what they earn and have made the biggest cut to all fuel duty rates ever.” 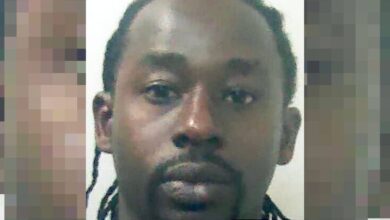 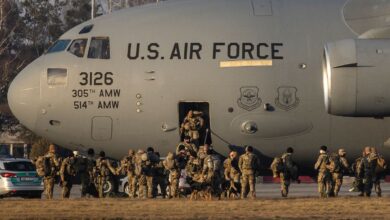 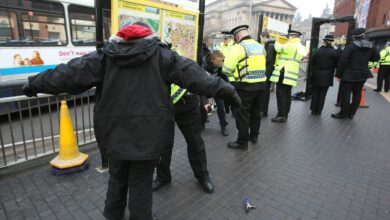