Rail strikes have been announced for three dates in June after workers voted in favour of industrial action.

More than 50,000 railway workers will join the strike action, according to RMT.

In May, members voted 8:1 in favour of strike action over jobs, pay and conditions.

Now, in an open letter, RMT has written to affected employees urging them to “stand shoulder to shoulder during the days of industrial action”.

“No firm commitments have been obtained from Network Rail or any Train Operating Company on Job Security, nor has any pay proposal been put forward by any company,” reads the letter.

“During discussions on this issue all the companies have indicated that they wish to pursue their full agenda of ‘workforce reform’ and cuts through a transition process.”

In a separate dispute over pensions and job losses, London Underground RMT members will take strike action on 21 June.

Responding to news of strike dates being announced by the RMT, Transport Secretary Grant Shapps said: “It is incredibly disappointing the RMT have decided to take action that could drive passengers away from the rail network for good.

“The pandemic has changed travel habits – with 25 per cent fewer ticket sales and the taxpayer stepping in to keep the railways running at a cost of £16bn, equivalent to £600 per household. We must act now to put the industry on a sustainable footing.

“We are working with industry to reduce disruption caused by strike action, but Unions are jumping the gun by announcing this when talks have only just begun. We once again want to urge the unions to come to talks with the rail industry so we can work together to build a better, more modern, passenger-focused, railway.”

RMT general secretary Mick Lynch said: “Railway workers have been treated appallingly and despite our best efforts in negotiations, the rail industry with the support of the government has failed to take their concerns seriously.

“We have a cost-of-living crisis, and it is unacceptable for railway workers to either lose their jobs or face another year of a pay freeze when inflation is at 11.1pc and rising.

“Our union will now embark on a sustained campaign of industrial action which will shut down the railway system.

“Rail companies are making at least £500m a year in profits, whilst fat cat rail bosses have been paid millions during the Covid-19 pandemic.

“This unfairness is fuelling our members anger and their determination to win a fair settlement.

“RMT is open to meaningful negotiations with rail bosses and ministers, but they will need to come up with new proposals to prevent months of disruption on our railways.”

Train operators call the industrial action “disappointing” and are urging the RMT union “to continue discussions and call off strike action”, saying it “wants to work to find a solution that will avoid strikes and achieve a fair deal for passengers, taxpayers and rail staff”. 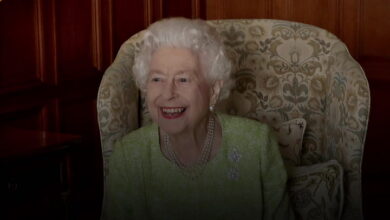 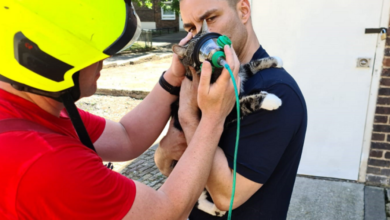