“The Tinder Swindler just shows how stupid women get when they fall in love.”

“Where can I find these stupid women from The Tinder Swindler that will dash me something sweet?”

It was comments like these that flooded social media following the release of The Tinder Swindler last week. The Netflix documentary, which dropped on 2 February, follows a group of women who were swept up in a romance scam so intricate, so extreme that it left some of them hundreds of thousands of dollars out of pocket.

Shimon Hayut, or “Simon Leviev” as he was known to his victims, conned women into believing they were in genuine relationships before asking them for money. The narrative of the documentary follows how the women – Cecilie Fjellhøy, Pernilla Sjöholm and Ayleen Charlotte – met Hayut through Tinder and how he manipulated them into giving him their money.

Presenting himself as the son of billionaire diamond mogul, Lev Leviev, Hayut would begin each romance by showering the women with lavish gifts, flights on a private jet he apparently owned, and promises of love and commitment. But once he had secured their trust, Hayut started asking them for large amounts of money under the pretence of needing to protect his identity from his “enemies”.

Now, Netflix has released a new series based on another notorious fraudster; Anna Sorokin, better known by her fake identity as German heiress, Anna Delvey. Inventing Anna follows journalist Vivian Kent – based on real-life journalist Jessica Pressler, whose 2018 The Cut article about Sorokin’s crimes inspired the series – as she unravels the complicated web Sorokin spun around herself as she pretended to be a socialite spending her way through New York City.

Not long after Sorokin was charged with grand larceny and theft in 2017, one of her victims, Rachel DeLoache Williams revealed that Sorokin had scammed her out of USD $65,000 (£48,000) over the course of their friendship.

In essence, what Sorokin and Hayut did are similar. They spent months gaining their victims’ trust and didn’t give them any reason to believe they would turn them upside down and shake their pockets dry.

However, the difference in response towards what the fraudsters did has been stark. In Hayut’s case, there is an inordinate amount of focus on the women being initially attracted to him on Tinder because he portrayed himself as a billionaire, with many people harking back to the misogynistic trope of the “gold-digging woman”.

Much of the social media discourse surrounding The Tinder Swindler seems to dismiss the serious fraud Hayut committed and instead mocks and blames the women whose lives he messed with. Even worse, by branding them as “gold-diggers”, many critics have twisted the entire narrative to frame Hayut’s victims as the predators instead.

In contrast, the aggrandisation of Sorokin in pop culture has cast a huge shadow over her victims, shrinking them to the point of near non-existence. As the Evening Standard notes, Inventing Anna sometimes appears to “buy into this Robin Hood self-mythologisation”, where Sorokin is heralded almost as a hero for scamming banks, hotels and New York’s elite in order to live like a socialite.

Let’s not forget that Sorokin is a convicted criminal, found guilty of theft of services and grand larceny. She was sentenced to four to 12 years in state prison, but was released after two years. She was then taken back into custody by Immigration and Customs Enforcement (ICE) in April 2021 for overstaying her visa, and has been in ICE custody since.

Dr Elisabeth Carter, a forensic linguist, criminologist and assistant professor at Kingston University in London, tells The Independent that victims of romance scams do seem to find themselves on the receiving end of more public vitriol than other types of scams. This, she says, is fuelled by the idea that victims of fraud have “some level of complicity” in order for the scam to work.

“They have to give the information or the money over at some point [for the scam to work]. That leaves outsiders with the narrative that you’ve been a part of it, therefore it is your fault,” she explains.

“But romance fraud, and just about every type of fraud, involves a level of grooming and manipulation. The victim is making their decisions in a reality that has been so severely distorted that they can’t be blamed at all – they have been groomed and manipulated into making these decisions, much like coercive control.”

Romance scams are particularly damaging because victims don’t just lose money, they also lose a relationship they were led to believe was real.

It’s more common than we think, too. New research from UK Finance’s Take Five to Stop Fraud campaign and the Online Dating Association has found that 38 per cent of people who have dated someone online over the past year have been asked for money, despite never meeting in person. 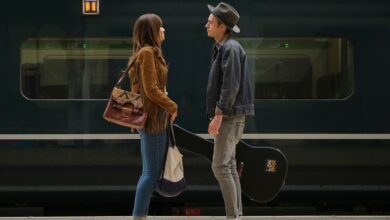