Every Sunday a pet market opens in Baku on the territory of the destroyed Soviet hotel “Karabakh” (behind the railway station). Some sellers bring dogs and cats there and keep them in normal conditions: on a leash or in a cage, and on the rest of the week these animals live in an apartment or on a land plot, with the possibility of walking and regular meals. Others exhibit dogs and cats in cages from which they  are not released until a buyer is found.

On the territory of this market there is a glass pavilion, where a large young shepherd dog does not leave a cramped cage for weeks. Nearby, in the same cage, several, up to 10 small dogs and puppies suffer. Above the dogs there is a cage with a cat crouched in constant fear.

Animals are half-starved, wet from their filth, unable to sleep from the constant barking. They are not taken out for a walk, the animals cannot stretch out, lie down, as the floors are made of a thin metal mesh. There is a constant stench and noise in the pavilion. The price of animals is set so high that they are not bought, and they are doomed to die in unbearable conditions.

The Baku zoo market is a place of animal torture. Visitors with children see what is happening. And then we wonder where the young generation comes from cruelty to animals and people.

The Ministry of Ecology and Natural Resources did not respond to a letter from Turan with attached photographs about the nightmare in the zoo market, they do not respond to phone calls. Not a single phone number of the press service of the Ministry listed on the website answers.

Turan asked the chairman of the Society for the Protection of Animals of Azerbaijan Azer Garayev.

– Why is it possible to torture animals with impunity and in public?

– What you saw in the Baku zoo market is only a visible part of the universal cruelty to animals. On agricultural farms, horses, donkeys, dogs and other animals are beaten, bullied, and killed on a daily basis. They can be kept locked up and not fed, left without water. Sick animals are not treated, but simply killed because it is cheaper. Old and sick horses are handed over to butchers.

This is unacceptable, according to the European Convention for the Protection of Pets, which Azerbaijan joined on October 22, 2003 and ratified on October 19, 2007. Article 3, “Basic Principles of Animal Welfare” states: No one has the right to inflict unnecessary pain, suffering or harm on an animal. Article 4 requires that any person who owns or agrees to look after a pet must be fully responsible for its health and well-being. Must provide him with a place to live, care and attention, taking into account natural needs and in accordance with his breed and characteristics, in particular: provide him with sufficient food and water suitable for him; satisfy his needs for physical activity, etc.

In 2011, the Cabinet of Ministers of Azerbaijan adopted rules for keeping pets, the purpose of which is to allow people to be held accountable for animal cruelty, including shooting stray dogs. But the rules are not followed. This February, animal rights activists in Ganja distributed photos of street dogs being shot. The dogs that were still alive were buried by a bulldozer in the ground, at a landfill. The executive power of Ganja then stated that it did not give a command to shoot the dogs. Nobody is punished.

The listed normative acts provide for administrative punishment with monetary fines (500 manats for individuals and 2,500 manats for legal entities). This is written in the Code of Administrative Offenses. But since there is no criminal prosecution for animal abuse, there is essentially no punishment, since fines are only applied when what is happening becomes known to the public, gets a response thanks to journalists.

– Suppose the police enter the pavilion in the territory of the zoo market, see the horrific content of animals, and require the seller to improve the conditions of dogs and cats. What will the police say if the seller demands to show him the norms for keeping animals in cages, asks about the size of the cages, the allowed number of animals in them?

– The fact of the matter is that Azerbaijan has not adopted a detailed law on the humane treatment of animals, which would describe all the norms for feeding, walking, keeping, selling, transporting, treating, euthanizing, breeding, etc. domestic animals. The country has joined an international convention requiring humane treatment. But what do these words mean? The seller may object: the dogs are alive, they receive food and nutrition, sometimes the cages are cleaned of feces, the cages are ventilated. Where is it written that you cannot keep 10 dogs in one cage? The police will have to turn around and silently leave. Moreover, due to the pandemic and the fight against corruption, checks in stores are strictly regulated.

In 2010, the Society for the Protection of Animals submitted a draft law on the protection of animals to the Milli Majlis. Then several times we were “fed with breakfast”, saying that tomorrow or the day after tomorrow the law would be sent to the deputies for consideration. Since then, several compositions of MM have changed, but there is still no law. Therefore, law enforcement agencies cannot properly qualify the legality of keeping animals in the zoo market in Baku.

– Who benefits from the current situation of lawlessness in relation to animals?

– The executive structures of local authorities appropriate thousands of manats of budgetary funds allocated for castration, maintenance and treatment of homeless animals. On paper, in our reports, this area is no worse than the European level. But in reality, the problem of uncontrolled breeding of dogs and cats in cities is solved by public utilities by shooting at night and burying live animals in the ground. That’s where you need to look for forces interested in the rejection of the law on the humane treatment of animals. 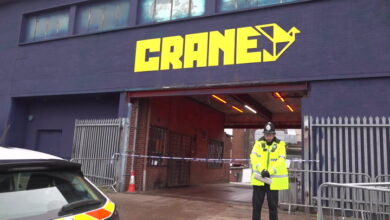 Birmingham: Two men arrested on suspicion of murder of Cody Fisher in nightclub 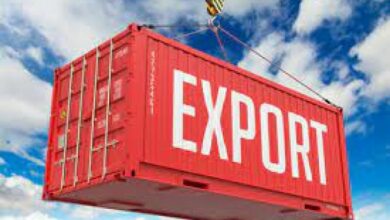 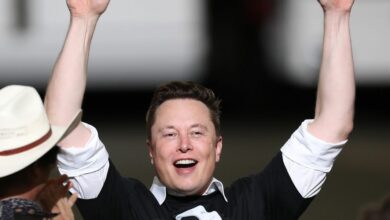 7 features we think Elon Musk will add to Twitter