Boris Johnson is facing demands for a wholesale cull of his cabinet after scraping through a vote of no confidence in his leadership by 211 votes to 148.

The PM’s victory in the ballot of Tory MPs spared him the humiliation of ejection from 10 Downing Street by his own party, but left him deeply wounded as he faces two by-elections later this month and a general election less than two years away.

The tally of 41.2 per cent of Tory MPs opposing the leader was far worse than expected by Mr Johnson’s allies and significantly higher than the 36.9 per cent voting no confidence in Theresa May six months before she was forced from office.

Speaking in Downing Street moments after the outcome was announced, Mr Johnson said the government could now “move on” following a “convincing” and “decisive” result. He denied that he was interested in calling a snap election to avoid being a lame duck prime minister.

“We’re going to bash on,” said the prime minister. “As a result of this decision by the parliamentary party, which I welcome, we have a conclusion to something which has been dragging on for far too long and we have the ability now to unite, deliver and get on with the people’s priorities, and that is what we are going to do.”

But critics made it clear that they will not relent in their calls for him to go. Veteran MP Sir Roger Gale said Mr Johnson had “lost the support of a significant portion of his party” and should consider his position. Following the “severely damaging” result, Sir Roger said he would be “surprised if the prime minister is still in Downing Street in the autumn”.

Another MP who submitted a no-confidence letter in Mr Johnson’s leadership told The Independent: “He’s finished. The cabinet ought to step in.” And another described the damage done to his premiership as “terminal”. York MP Julian Sturdy said the PM should “consider his position” as he “no longer enjoys the full-hearted confidence of the parliamentary party”.

One government minister said it was “game on” for a leadership contest within the next six months, while a Tory rebel declared the result “fatal”.

“We will have a new party leader by the party conference in October. The result in the two upcoming by-elections will help us scrub off the other 32 votes we need. But if the cabinet had any balls they would go in and tell him to go,” they said.

Labour leader Sir Keir Starmer said: “Conservative MPs made their choice tonight. They have ignored the British people and hitched themselves and their party firmly to Boris Johnson and everything that he represents.”

Critics said that if he is to remain in power, Mr Johnson must deliver a change in the style of his leadership and a radical revamp of his cabinet to remove hardline loyalists like Nadine Dorries, the culture secretary, and Mark Spencer who are seen to have underperformed and antagonised voters.

In their place, backbenchers called for a more inclusive frontbench better reflecting the party’s liberal One Nation traditions, as well as a clearer vision of the direction in which Mr Johnson wants to take the country.

In an appeal to backbenchers just hours before the vote, Mr Johnson promised tax cuts and reductions in regulation and public spending as he urged MPs not to hand power to Labour by descending into “pointless fratricidal debate about the future of our party”.

But he risked infuriating Tories who have been on the receiving end of voter anger over Partygate by declaring: “I’d do it again.”

One former cabinet minister who voted for Mr Johnson said he needed a stronger team around him as he attempts to win back trust in the wake of the partygate scandal.

The MP told The Independent: “He needs to appoint cabinet ministers who know their own minds and who don’t give statements that sound sycophantic and, frankly, f***ing stupid.”

Another senior Tory MP said a “massive cull” of the current cabinet was needed, describing many of them as “rubbish”.

One MP who voted against Mr Johnson said that after surviving a confidence vote he had to appoint a “wider” group of cabinet ministers, from different wings of his party, following complaints too many support a hard line on Brexit.

There was anger among even MPs who support Mr Johnson after Ms Dorries lashed out at potential leadership contender Jeremy Hunt, and in doing so appeared to admit that the Conservative government’s pandemic planning had been “inadequate”. 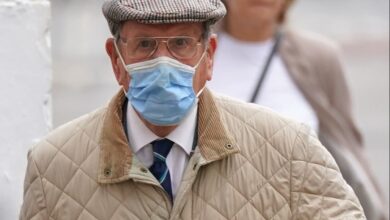