Conservative MPs feel “very sorry” for Tory MP Chris Pincher and believe he is a “victim in his own way”, one of his colleague has said.

Mr Pincher quit as a government whip this week and lost the Conservative whip after he allegedly groped two men in a private members’ club.

The allegation is the latest agains the MP, an earlier on of which led to an investigation by Whitehall authorities in 2019.

Speaking on BBC Radio 5Live Michael Fabricant, who represents the constituency of Lichfield next to Mr Pincher’s in Tamworth, said:

“This is being driven most of the time, it seems by drink, and I know now that he’s actually sought and is already in contact with the clinical psychiatrists regarding regarding treatment.”

When it was suggested to Mr Fabricant that drinking alcohol was not an excuse to the Conservative MP’s behaviour, he replied:

“Of course not, but it’s an explanation. And, you know, that’s why many of us do feel that Chris, sadly, you know, is also in his own way, a victim.”

After claiming Mr Pincher was a victim, Mr Fabricant repeatedly questioned whether it was appropriate to use the word “victim” regarding people who had made complaints against Mr Pincher.

He said that the word “victim” to him “always seems very extreme word to use” in cases such as Mr Pincher’s, and later said he was “using [the word] ‘victims’ in inverted commas” with regards to the MP’s accusers.

He cast doubt on the accusations levelled against the Tamworth MP and claimed some accusers had retracted their statements, though he did not give examples.

Mr Fabricant also put Mr Pincher’s actions down to “the nature of the long hours” of being an MP, which he said made it hard to have a family life.

“I’m saying that nothing is black and white in this world if only it was that simple. It isn’t that simple,” he said.

The scandal over the MP’s alleged behaviour escalated to Downing Street on Tuesday morning after the former Tory civil servant at the foreign office accused No 10 of not telling the truth.

Lord McDonald, who was head of the diplomatic service at the time Mr Pincher was subject to a formal complaint, about his behaviour said it was said it was “not true” that Mr Johnson was not aware of the allegations.

Downing Street had previously claimed the prime minister was not across the claims before he appointed Mr Pincher deputy chief whip.

But in a letter to the parliamentary standards commissioner Lord McDonald said: “Mr Johnson was briefed in person about the initiative and outcome of the investigation. There was a ‘formal complaint.

“Allegations were ‘resolved’ only in the sense that the investigation was completed. Mr Pincher was not exonerated. To characterise the allegations as ‘unsubstantiated’ is therefore wrong.” 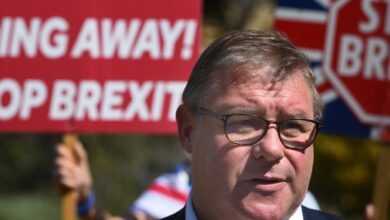 Tory leadership: Hardline Brexiteers split over which candidate to back 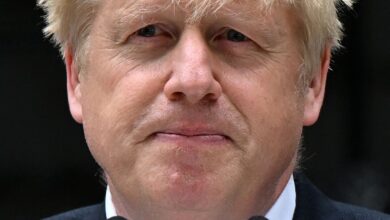 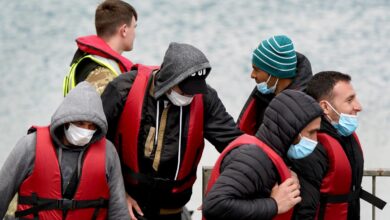