Tory MPs warn a double by-election defeat this week will pile further pressure on Boris Johnson’s leadership as the embattled prime minister tries to move on from the Partygate scandal.

Rebels say Mr Johnson, whose faced criticism when his ethics adviser resigned on Wednesday, would suffer a “loss of authority” if the Conservatives were to lose Tiverton and Honiton, which would require one of the largest ever overturned majorities in a by-election.

MPs from across the party told The Independent they were privately expecting a “big defeat” on Thursday in the Yorkshire seat of Wakefield – a former Labour heartland Sir Keir Starmer hopes to seize back.

A senior Tory MP – pointing to the “enormous majority” in the Devon seat – told The Independent: “To lose it by one would be a disaster. It will be the scale of defeat [in Wakefield] that will be really telling”.

Another Conservative MP agreed, saying: “The scale of the results is important. If we lose Wakefield by a lot and Tiverton by a few thousand people will think, bloody hell.”

Reflecting on Mr Johnson, one Tory representing a red-wall constituency told The Independent: “Losing both by-elections will increase the pressure. There will be a loss of authority.

“If we lose Wakefield, it’s a real kick in the teeth for MPs who have been backing him and hoping to keep support in the red wall.”

While hopeful, Sir Ed Davey’s party cautioned that success in Tiverton and Honiton would represent “the largest majority ever overturned” at a by-election, defeating a previous record in Liverpool Wavertree in 1935. Other contests, however, have recorded bigger swings.

But the Conservatives are gloomy, with one senior MP saying that Wakefield was “gone, gone, gone” and that most MPs expected a Lib Dem victory in the southwest.

“Look at North Shropshire. It’s a further opportunity for people to send a message to Downing Street that they are not happy,” they warned.

One Tory backbencher predicted that if the recent confidence vote in the prime minister had taken place after two by-election losses “it may well have tipped the other way”.

But with voters heading to the polls just a fortnight after he narrowly survived, the consensus among the parliamentary party appears to be that he will continue in No 10 for the summer.

Under the current rules, Mr Johnson cannot face a challenge from MPs for another 11 months, leading one senior MP to suggest the Tories’ 1922 Committee will be under pressure to change the rules in the wake of any by-election defeat.

Many MPs told The Independent that Mr Johnson’s most perilous moment would arrive when the privileges committee published its report into whether he deliberately misled parliament over the Partygate scandal, expected in late autumn.

The PM triggered outrage in Westminster during the week with plans to abolish the post of Downing Street ethics adviser, after Christopher Geidt quit in protest at being asked to endorse deliberate rule-breaking by the prime minister.

Lord Geidt – the second adviser to resign in less than two years during Mr Johnson’s premiership – said he was put in an “impossible and odious” position when asked to advise on a plan to maintain tariffs on Chinese steel in a way which would breach UK obligations under the World Trade Organisation (WTO).

One senior MP suggested the 1922 Committee would not change its rules to allow another no-confidence ballot this year, whatever the by-election results. But they added: “I think he’s much more vulnerable if the privileges committee resolves he knowingly misled the House, in which case he must go.”

A second backbencher said: “If the privileges inquiry finds against him, that’s a moment of danger. It will be difficult for him to command a majority of MPs. There could be a delegation going to Sir Graham Brady [to change the rules].”

A third added: “I think a lot of people who reluctantly backed him last time would struggle to support him if the privileges committee was to find against him.” 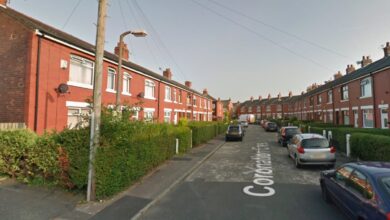