The Tour de France comes to a conclusion on the streets of Paris on Stage 21 with Jonas Vingegaard assured of the Yellow Jersey following a fine performance in yesterday’s time trial, finishing second to Jumbo-Visma team-mate Wout van Aert in Rocamadour. While the Dane can relax today, Van Aert will be hoping for more fireworks and one final statement stage victory in the mad dash on the Champs-Elysees, with other sprinters who have made it this far also eager to finish on a high.

So Vingegaard will enjoy the procession to the French capital alongside his Jumbo-Visma team-mates, with a glass of champagne shared along the way. But Van Aert can bank a fourth stage win today, but he will have competition from those who endured the Alps and Pyrenees in pursuit of the prestigious sprinters’ stage, with Caleb Ewan (Lotto-Soudal), Fabio Jakobsen (QuickStep), Jasper Philipsen (Alpecin) and Dylan Groenewegen (BikeEchange) all in contention.

Elsewhere, Vingegaard also picks up the polka dot jersey after triumphing in the King of the Mountains classification with a fine display in the Pyrenees, but defending two-time champion Tadej Pogacar will have the consolation of the white jersey for best young rider at least, and Geraint Thomas has wrapped up a third podium position of his Tour de France career. Follow for all the live updates on the celebratory stage before the madness of the sprint finish caps a fabulous edition of the Tour de France. 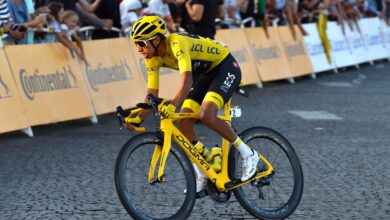 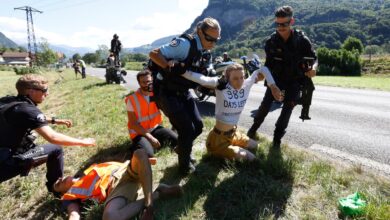 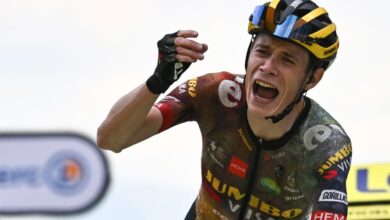