Featuring works by renowned British artists including Tracey Emin and Antony Gormley, the event is a collaboration between the Royal Academy and The Natalia Cola Foundation.

It marks the Academy’s first collaboration with an outside organisation.

Ukraine’s National Academy of Arts is currently facing a crisis as a result of Russia’s military invasion into the country last year.

The auction will be held in London on 28 January. A silent auction is currently ongoing, with bids being accepted online at www.saveukraineculture.com.

Funds raised by the event will go towards a number of different iniatives involving the NAAU.

These include a grant scheme for Ukranian artists, financial aid for Ukrainian Academicians, structural repair to NAAU buildings, the continuation of research publishing and exhibition activies, and the digitisation of archives, translation of its website and equipment.

Allen Jones, Claire Woods, and Jürgen Teller are also among the artists to have provided items for the auction.

Teller has presented a photograph taken during a trip to Kyiv in 2007.

Artist Stephen Shore, meanwhile, is auctioning a photograph from a 2018 MoMA retrospective, taken in the Bucha, Kyiv home of a Ukrainian victim of the Holocaust.

Among the most valuable items up for sale is Gormley’s inkcap-on-paper piece from 2021, entitled RESPECT, which is expected to sell for between £10,000 and £15,000.

Oil-on-canvas paintings from Silvashi and Kryvolap are welcoming starting bids of £14,000 and £15,000 respectively.

Among the other items up for bidding is a collectable book, 9 ½ Years of Vogue In Ukraine, signed by the First Lady of Ukraine Olena Zelenska, and a Giorgio Armani dress from the designer’s Spring/Summer 22 Runway collection.

The live auction will take place at 8pm on 28 January at The Royal Academy of Arts in London. 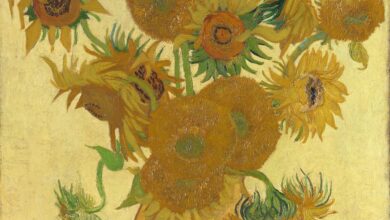 Van Gogh’s Sunflowers: The story behind the artist’s 1888 masterpiece 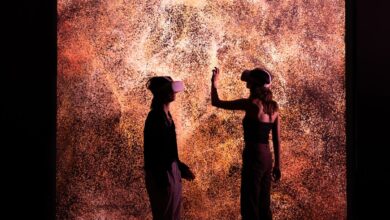 Evolver review: Cate Blanchett takes us inside the human body in an epic VR experience 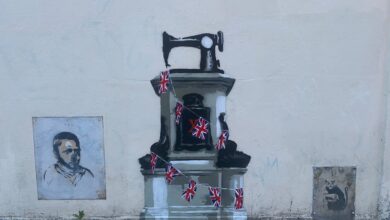