The main rail union has vowed to “bring the railway to an effective standstill” on Saturday 1 October.

The RMT union says that workers for Network Rail and 14 train operating companies will walk out in a row over job security, pay and working conditions.

Around 5,000 of the union members are employed as signallers by Network Rail. Previous stoppages have shown that striking signallers can close down at least half of Great Britain’s rail network.

The industrial action, which was notified to employers last week but only formally announced today by the RMT, coincides with a walk-out by drivers belonging to the Aslef union and working for 12 train operators.

The RMT general secretary Mick Lynch said: “Transport workers are joining a wave of strike action on 1 October, sending a clear message to the government and employers that working people will not accept continued attacks on pay and working conditions at a time when big business profits are at an all-time high.

”The summer of solidarity we have seen will continue into the autumn and winter if employers and the government continue to refuse workers reasonable demands.

“We want a settlement to these disputes where our members and their families can get a square deal. And we will not rest until we get a satisfactory outcome.”

The train drivers’ union, Aslef, will be taking action on Saturday 1 and Wednesday 5 October at a similar group of train operators, but not c2c, East Midlands Railway or South Western Railway, and with the addition of Hull Trains.

The date of the biggest strike, 1 October, is the day before the Conservative Party conference opens in Birmingham and the eve of the London Marathon. The second date, 5 October is the day the Tory conference ends.

The white-collar rail union, the TSSA, will also be taking industrial action on both days.

The walk-outs are the latest in a series of stoppages by rail workers through the summer in a long and bitter dispute on pay and modernisation at a time when ticket revenue has slumped due to changed working patterns after the coronavirus pandemic.

A spokesperson for the Rail Delivery Group, representing train operators, said: “Revenue is still around 80 per cent of pre-pandemic levels. No business can survive that scale of upheaval without implementing change.

“These strikes will once again hugely inconvenience the very passengers the industry needs to support its recovery from the ongoing impact of the pandemic.

“They range from those left out of pocket because they can’t get to work, to people missing vital appointments and to thousands of London marathon participants, who, after months of training, will have their journeys to London disrupted at the weekend.

“The strikes are not in the long-term interests of rail workers or building a sustainable rail industry. We want to give our people a pay rise, but without the reforms we are proposing, we simply cannot deliver pay increases.

“The actions of union leaders have very real consequences: every strike day takes more money out of their members’ pockets. We want to see the industry and its people thrive.

“We are asking the unions’ leadership to do the right thing, call off these damaging strikes and work with us to make that happen.” 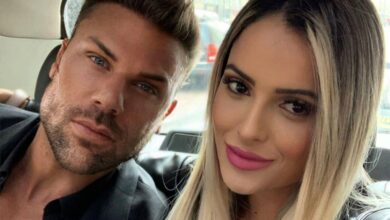 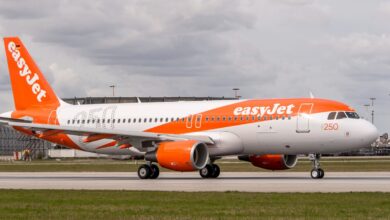 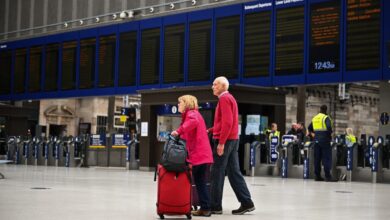