Donald Trump has taken to Truth Social to lay into January 6 committee vice chair Liz Cheney, calling her a “despicable human being” and raging at the news that the “fake unselect committee” on which she sits may recommend that the Justice Department bring ciminal charges against him.

In an interview broadcast on Sunday, Ms Cheney opined that “a man as dangerous as [Donald Trump] can never be anywhere near the Oval Office ever again” – and declined to rule out running for president herself in the next election.

The New York Times reported that Mr Trump may announce a 2024 bid for the White House as soon as this month.

‘A catastrophe for the world’: Ukraine’s farmers, on the front line of global hunger, try to save harvest 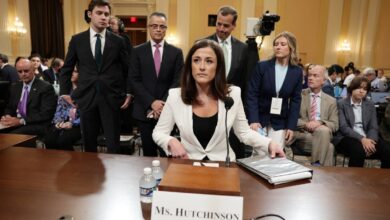