Twitter’s new boss Elon Musk has said the company is pausing the relaunch of its paid verification subscription service till it is confident about stopping impersonations.

“Holding off relaunch of Blue Verified until there is high confidence of stopping impersonation,” the Tesla titan tweeted on Tuesday.

Mr Musk, in his tweet, also said Twitter may use a “different colour check” to verify organisations.

Last week, the multibillionaire and new owner of Twitter had said the platform’s $8 per month Blue subscription would be made available again on 29 November.

“Punting relaunch of Blue Verified to November 29th to make sure that it is rock solid,” he had said last week.

But in a meeting with employees, he reportedly said the paid verification subscription’s launch would be put on hold until there is “high confidence” in protecting against “significant impersonations”.

Following his buyout of the social media company for $44bn last month, the Tesla chief said he would change the microblogging platform’s verification system – providing a blue tick to everyone that paid $8 and subscribed to Twitter Blue.

He had argued that adding this paid tier to Twitter would help weed out spam and fake accounts as they will not be willing to pay to get traction on the site.

Soon after the rollout of the $8 subscription service earlier this month, however, the platform descended into chaos after several users purchased verified badges and began to impersonate public personalities and organisations.

“I miss killing Iraqis,” tweeted a “verified” account impersonating former US president George W Bush, following it up by pointing out the flaw in the new verification method: “Y’all are missing the point about the $8. It’s a small price to make this app completely unusable.”

Another fake tweet from a “verified” account impersonating the pharmaceutical company Eli Lilly appeared to affect its stock price.

“We are excited to announce insulin is free now,” the imposter account tweeted, following which the company’s stock dropped 2.2 per cent.

The social media giant paused the rollout of its Twitter Blue subscription service after the platform was flooded by a wave of such imposter accounts.

Twitter also responded by suspending thousands of accounts, including that of comedian Kathy Griffin who had turned her profile page into one parodying Mr Musk.

The company has also been adding and removing an “official” grey checkmark to differentiate between Twitter Blue subscribers and other important accounts, including government officials, companies, business partners and major media outlets.

With these changes, the company announced that the meaning of the blue checkmark meant one of two things: “Either that an account was verified under the previous verification criteria (active, notable, and authentic), or that the account has an active subscription to Twitter Blue.”

“Accounts that receive the blue checkmark as part of a Twitter Blue subscription will not undergo review to confirm that they meet the active, notable and authentic criteria that was used in the previous process,” Twitter said.

In the new meeting, Mr Musk reportedly told employees that the company may need to give “institutions and companies” a “different colour check”, adding that “this is still something we’re thinking through”. 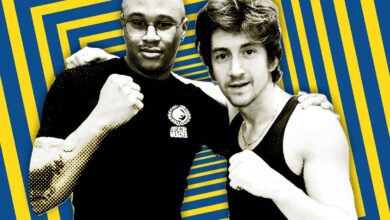 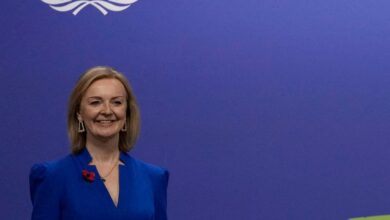 Can Liz Truss show the leadership and strong moral compass needed to tackle the energy crisis?