Two people have died and 17 are injured after a man reportedly drove his car into a crowd and later killed a woman at a second scene in Pennsylvania.

Police believe that the same 24-year-old man is behind the Luzerne County assault that led to the death of a woman shortly after the Columbia County crash.

State Trooper Anthony Petroski told the press that several people who had joined a fundraiser for the families of the ten people who died in a Nescopeck blaze were hit by a car at around 6.15pm Saturday.

The Columbia County Coroner, Jeremy Reese, told Eyewitness News that one person, a 50-year-old woman, died at the crash scene. Her identity is being withheld pending family notifications.

Not long after the crash, Pennsylvania State Police said they got a call concerning a man who was assaulting a woman. When they got to that separate scene, they found a deceased woman and Mr Reyes, who had been detained by municipal police, WBRE/WYOU reported.

He faces two counts of criminal homicide, according to authorities. He’s currently being held at the Columbia County Correctional Facility where bail has been denied.

Mr Petroski didn’t confirm if the crash into the crowd was intentional. The investigations into both incidents are ongoing.

Reporters first interacted with Mr Reyes at 3am on Sunday as he was placed in a vehicle outside the state police station in Shikshinny.

When asked for comment, he said, “sorry, I’m sorry,” according to WBRE/WYOU.

The crash into the crowd took place at after 6pm on Saturday.

“Among a sea of people and commotion, there is a heavy law enforcement presence, including state police forensics and reconstruction units, and a heavy first responder presence, too,” Eyewitness News reporter Madonna Mantione said on Saturday evening, according to WBRE/WYOU.

Pastor Brad Iverson of Berwick Bible Church told Eyewitness News that “I was home barbecuing and began receiving messages from folks at my church that this was taking place so I thought they might need some spiritual support considering what’s happened here”.

“They need help and so I just thought I’d come down to see if there was something I could do,” he added.

The surrounding area near Center Street in Berwick was shut down following the crash. The bar where the incident occurred, The Intoxicology Department, has said that it will be shut down until further notice.

Mr Petroski said that Mr Reyes was not a suspect “at this time” in the 5 August house fire in Nescopeck that killed ten people, according to the Times Leader.

The Intoxicology Department said on Facebook that the crash “was an absolute tragedy. We will be closed until further notice. Please respect our privacy while we grieve and try to process the events that occurred. Thank you”.

In Danville on Saturday night, four people were in critical condition, three were in fair condition, and five were still undergoing evaluation, the paper reported. One of those taken to Wyoming Valley has been treated and released from care. 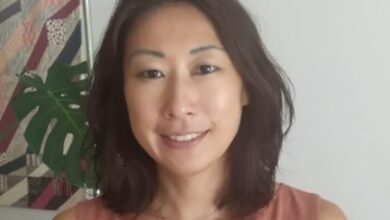 Woman in Belgium elected mayor of Tokyo district more than 9,000km away in ‘huge surprise’ victory