Tyson Fury has said he will return to the ring to fight Oleksandr Usyk but that ‘it’s gonna be very costly’.

Fury has claimed to be retired since knocking out Dillian Whyte in April, a victory with which the “Gypsy King” stayed unbeaten and retained the WBC heavyweight title.

However, the Briton has not yet vacated his belt and has teased numerous times that he could be tempted back to fight the winner of Usyk’s rematch with Anthony Joshua, which is scheduled for 20 August. The unbeaten Usyk easily outpointed Joshua last September to win the WBA, WBO, IBF and IBO heavyweight titles, and the Ukrainian will now defend them against the Briton in Saudi Arabia.

Many fans are keen to see Fury face the winner to crown an undisputed heavyweight champion, and the 33-year-old told talkSPORT on Sunday: ‘[Joshua is] gonna lose again, then they’re gonna call for Achilles to come back.

Fury previously claimed he would not fight again professionally for less than £500million or $500m.

He has entertained the prospect of exhibition bouts against the likes of UFC heavyweight champion Francis Ngannou, however. 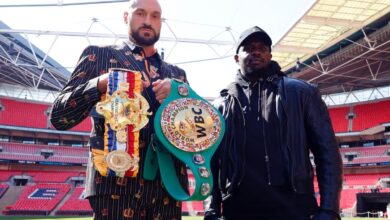 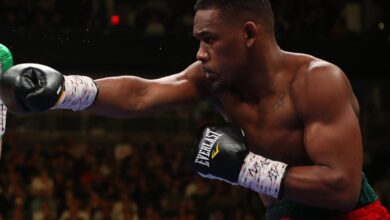