With U.S. diplomats claiming there are now as many as 190,000 Russian forces around Ukraine, President Joe Biden on Friday said he believes, based on U.S. intelligence, President Putin has decided to invade Ukraine “within days”, TURAN’s Washington correspondent reports.

“As of this moment, I am convinced he has made the decision to invade Ukraine,” -Biden said about his Russian counterpart, asserting that the Kremlin aims to target the Ukrainian capital of Kyiv, “a city of 2.8 million innocent people”.

Speaking at the White House, Biden noted the uptick in violence and provocations in recent days.

Early in the morning, the Ukrainian Ministry of Defense reported that Russia violated the cease-fire 61 times on the line of contact, alleging a spike in attacks as shells rang out along the Donbas.

The president’s speech came after his diplomats rang the alarm bells about Moscow’s military buildup near Ukraine’s border. Despite this, the White House had stopped short of outright saying the Kremlin would invade.

“Over the last few days, we’ve seen reports of a major uptick in violations of the ceasefire by Russian-backed fighters attempting to provoke Ukraine in the Donbas.” Biden said. “For example, a shelling of a Ukrainian kindergarten yesterday, which Russia has falsely asserted was carried out by Ukraine.  We also continue to see more and more disinformation being pushed out by — to the Russian public, including the Russian-backed separatists, claiming that Ukraine is planning to launch a massive offensive attack in the Donbas” .

Russia state media also continues to make “phony allegations of a genocide taking place in the Donbas and push fabricated claims warning about Ukraine’s attack on Russia without any evidence” he added,

For Biden, “all these are consistent with the playbook the Russians have used before: to set up a false justification to act against Ukraine… This is also in line with the pretext scenarios that the United States and our Allies and partners have been warning about for weeks.”

“We’re calling out Russia’s plans loudly and repeatedly, not because we want a conflict, but because we’re doing everything in our power to remove any reason that Russia may give to justify invading Ukraine and prevent them from moving”, he said.

“Make no mistake: If Russia pursues its plans, it will be responsible for a catastrophic and needless war of choice… But I say again: Russia can still choose diplomacy.  It is not too late to de-escalate and return to the negotiating table.”

Moscow in its turn had agreed that Secretary of State Blinken and Foreign Minister Lavrov should meet on February 24th in Europe.

If Russia takes military action before that date, Biden said, “it will be clear that they have slammed the door shut on diplomacy.”

“.., There are many issues that divide our nation and our world, but standing up to Russian aggression is not one of them.  The American people are united.  Europe is united.  The transatlantic community is united.  Our political parties in this country are united.  The entire free world is united.” – he concluded. 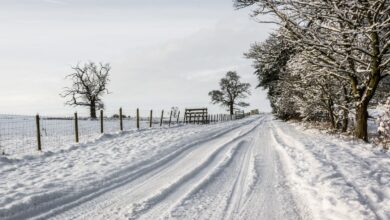 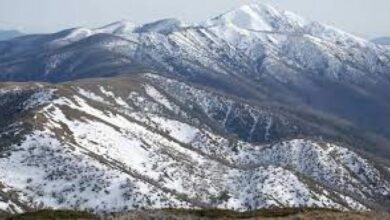 Snowfall expected in mountainous regions of Azerbaijan on March 9Social 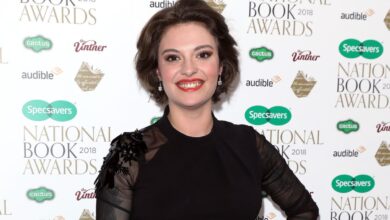 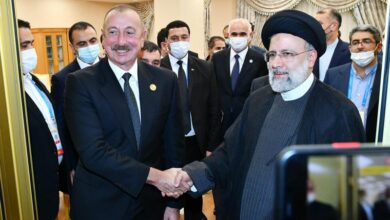 I. Aliyev congratulated I. Raisi on the occasion of the 43rd anniversary of the Islamic RevolutionPolitics