The Biden Administration on Wednesday announced additional sanctions against Russia and its ally Belarus, over Putin’s invasion into Ukraine, now in its first full week, TURAN’s Washington correspondent reports.

“As a result of our historic, multilateral coordination, Russia has become a global economic and financial pariah… We will continue to impose costs with Allies and partners so long as Putin continues to escalate” The White House said in a statement.

* Sweeping restrictions on Belarus to choke off its import of technological goods in response to its support of Putin’s war of choice. The Department of Commerce will extend the stringent export control policies put in place for Russia to Belarus. This action will help prevent diversion of items, technologies, and software through Belarus to Russia and will significantly degrade both countries’ ability to sustain their military aggression and project power. This will severely limit the ability of Russia and Belarus to obtain the materials they need to support their military aggression against Ukraine, project power in ways that threaten regional stability and undermine global peace and security.

* Export Controls Targeting Oil Refining, a Key Revenue Source that Supports Russian Military. Through export controls on oil and gas extraction equipment, the Commerce Department will impose restrictions on technology exports that would support Russia’s refining capacity over the long term. The United States and our Allies and partners do not have a strategic interest in reducing the global supply of energy – which is why we have carved out energy payments from our financial sanctions. But we and our Allies and partners share a strong interest in degrading Russia’s status as a leading energy supplier over time. These actions will help further that goal, while protecting American consumers.

* Targeting Entities Supporting the Russian and Belarusian Military. The Commerce Department, in coordination with its interagency partners, will add entities that have been involved in, contributed to, or otherwise supported the Russian and Belarusian security services, military and defense sectors, and/or military and defense research and development efforts to the Entity List. These actions will ensure that the military as well as the aerospace, maritime and high-technology sectors do not obtain U.S. technology goods and technology that can be used to support Russian technical maintenance and innovation.

* Banning Russian aircraft from entering and using domestic U.S. airspace. As the President announced, the United States will close off American air space to all Russian flights – further isolating Russia – and adding an additional squeeze on its economy. This includes aircraft certified, operated, registered or controlled by any person connected with Russia. This includes revoking all Russian airlines’ – both passenger and cargo – ability to operate to and from U.S. destinations, as well as refusing entry of any Russian-operated aircraft into U.S. airspace. With this action, the United States stands with over 30 of the world’s most important aviation markets in denying Russian carriers the ability to conduct business. 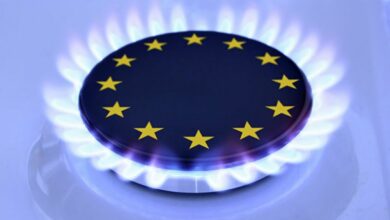 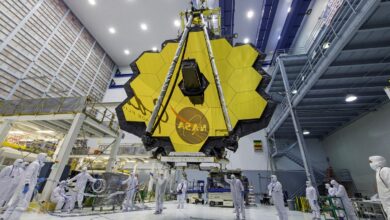