Liz Truss is weighing up whether to take Britain into a new “European political community” being championed by Emmanuel Macron.

The club of “democratic European nations” is due to hold its first meeting in Prague in October – a day after Tory party conference.

The French president has said the group is a “new space” for cooperation and has suggested it could discuss issues like security, energy, transport, and movement across borders.

It would “enable democratic European nations who adhere to our values” to cooperate politically, he has said, adding that the EU “given its level of integration and ambition, cannot be the only way to structure the European continent”.

Former prime minister Boris Johnson has appeared enthusiastic about the organisation, claiming its “paternity” for himself and stating at the end of June: “There’s got to be a role for all of us in a wider conversation about issues that affect all of us.”

But Ms Truss is thought to be more sceptical of the idea, having previously told a parliamentary committee the UK had not yet agreed to anything.

The provisional agenda for the October meeting suggests discussions will focus on the war in Ukraine and the continent’s energy crisis – though there is little detail about what it will do long term.

All 27 members of the EU are invited to take part, as well as non-members like Britain, Ukraine and Turkey.

Countries in the European economic area or with similar bespoke trade links like Norway, Iceland, and Switzerland are also set to join in.

And states with aspirations to become full members of the bloc like the six western Balkan countries are expected to be invited – along with Moldova, Georgia, Azerbaijan, Armenia.

The issue could come up when Ms Truss holds talks with Mr Macron and European Commission president Ursula von der Leyen at the UN general assembly in New York in the coming days.

European Council president Charles Michel said earlier this month that there was “no doubt” that Britain and the EU were “friends and that we need to continue to act together”.

The UK has been locked out of European Council summits since it left the EU’s political structures on 31 January 2020. The meetings have often served as bloc-wide forums for discussing challenges from Covid-19, to the war in Ukraine to the European energy crisis.

But Ms Truss will also consider whether the community will put her on the wrong side of eurosceptic Tory MPs, who are highly dubious of formal cooperation with the EU and who could cause her trouble at home. 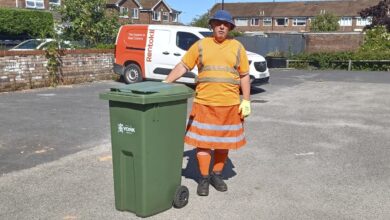