A UK minister will travel to the British Virgin Islands for talks after its premier appeared in a US court on charges linked to drugs trafficking.

Andrew Fahie, 51, was detained in Miami on Thursday over an alleged conspiracy to import a controlled substance and money laundering in an operation led by the Drug Enforcement Agency (DEA).

The territory’s director of ports, Oleanvine Maynard, was also arrested.

At a Friday hearing conducted via Zoom, assistant US attorney Frederic Shadley asked magistrate judge Jonathan Goodman to keep both Fahie and Maynard in custody prior to their trial.

Dressed in a brown prison uniform, Fahie did not speak other than to state his name, date of birth and agree for the hearing to be conducted online.

A bond hearing was set for Wednesday.

It comes after foreign secretary Liz Truss said minister for overseas territories Amanda Milling would travel to the territory to speak to governor James Rankin and key stakeholders.

She said: “The arrest yesterday of the premier of the British Virgin Islands on charges related to drugs trafficking and money laundering is extremely concerning and underlines the need for urgent action.

“The (independent inquiry into the island’s governance) report published today by the Governor shows clearly that substantial legislative and constitutional change is required to restore the standards of governance that the people of the British Virgin Islands are entitled to.

“I have instructed the minister for overseas territories to travel to the territory immediately to speak to the Governor and key stakeholders. We will then announce a clear path forward.

“The overseas territories are a core part of the UK family.

“The UK government is committed to the security and wellbeing of the people of the British Virgin Islands.”

The string of islands inhabited by 35,000 people east of Puerto Rico is currently under a 2007 constitution giving it limited self-governance under a governor who is the ultimate executive authority as the representative of the Queen.

An inquiry into corruption in the territory, led by retired judge Sir Gary Hickinbottom, found that the people of the British Virgin Islands have been “badly served” by its government.

In the report, published on April 4, Sir Gary recommended the governor take direct rule of the territory for two years.

The report says: “The evidence looked at as a whole paints a clear picture.

“With limited exceptions, in terms of governance (ie how government makes and implements decisions), the people of the BVI have been badly served in recent years, very badly indeed.”

It continued: “Almost everywhere, the principles of good governance, such as openness, transparency and even the rule of law, are ignored.”

The inquiry found that elected officials “can and do make decisions – which expend huge sums of public money and affect the lives of all those who live in the BVI – as they wish, without applying any objective criteria, without giving any reasons and without fearing any comeback.” 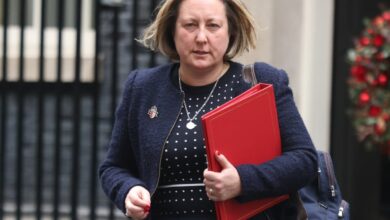 Boris Johnson ‘should recuse himself from choice of new police chief’