Met Office flood warnings are in force for Wales as torrential rain is forecast for Sunday, on top of a wet and windy Saturday for many parts of the UK.

Forecasters predict 40-60mm of rainfall over the course of the weekend in some areas.

Spray and flooding on roads could lead to difficult driving conditions and public transport could be disrupted.

A yellow weather warning has been issued for the west, south and southwest of Wales until 6pm on Sunday.

According to the Met Office’s latest radar sequence, the rain is currently continuing to push in from the west, with heavier bursts having hit parts of Scotland, northern England and Wales on Saturday already.

It comes after forecasters warned of an active jet stream set to drive a series of low-pressure systems across the country, indicating changes to the weather on into next week.

Chief Met Office meteorologist, Steve Ramsdale, said: “A new area of low-pressure, this time moving across England and Wales, arrives on Saturday night then slowly clears to the east on Sunday.

“This brings wet and windy weather to the country, particularly Wales, and we have issued a Yellow National Severe Weather Warning for rain for this.

“As the system pulls away from the UK there will be another short lived, colder and more settled spell Monday night with one or two wintry showers possible over high ground in Scotland and perhaps a frost elsewhere.”

Tuesday is also likely to bring more unsettled weather to many, including rain and showers. Forecasters also predict Wednesday will be another wet and blustery day. 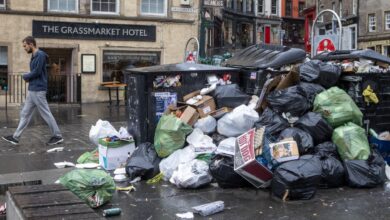 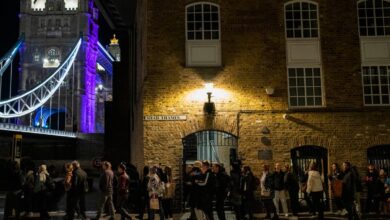 Fights, freezing and fainting: What it was like queuing through the night to see the Queen’s coffin