Two storms are set to batter the UK this week with winds of up to 90mph predicted, which could put lives in danger, forecasters have warned.

Storm Dudley is expected to hit northern parts of the UK on Wednesday and Thursday, before Storm Eunice arrives on Friday.

The Met Office has issued weather warnings for high winds, effective across the country.

The storm may cause danger to life and “damage to buildings, such as tiles blown from roofs,” the forecaster warned.

Train services in Scotland will stop by 4pm this afternoon – when the wind speeds are expected to reach their height – for safety reasons, Scotrail said.

Amber and yellow warnings will be in place in the UK from 3pm on Wednesday until 9am on Thursday.

Elsewhere, weather officials have put in place 11 flood alerts across the country.

Met Office meteorologist Tom Morgan said western parts of Scotland will “bear the brunt” of the strongest winds which could cause “widespread disruption.” 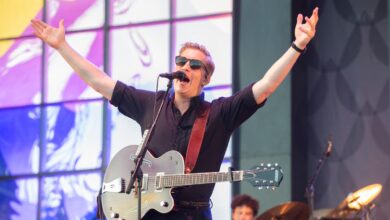 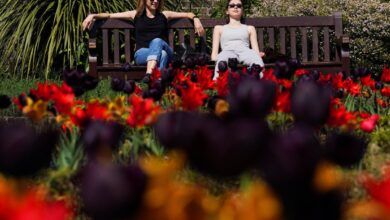 UK weather: Heatwave in your area as temperatures soar to 25C

UK weather: Temperatures to hit 30C ahead of amber warning for extreme heat 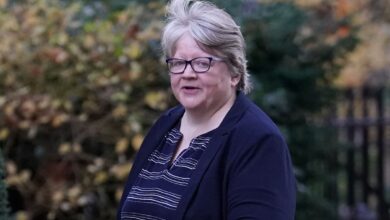 Single-use plastic cutlery set to be banned in England