Volodymyr Zelensky hit out against Russia’s “formula of terror” after Ukraine was battered with over 70 missiles in just one day.

The Ukrainian president appealed to the United Nations to take action against Vladimir Putin’s strategy of wiping out vital energy infrustaructure, leaving Ukrainians freezing and without power this winter.

“Today is just one day but we have received 70 missiles. That’s the Russian formula of terror,” Zelensky said via video link to the council chamber in New York.

Hospitals, schools, transport infrastructure and residential areas had also all been hit by Russian strikes.

Ukraine is waiting to see “a very firm reaction” to Wednesday’s air strikes from the world, he added, also calling for Russia to be denied a vote on any decision concerning its actions.

It comes as American officials fear that Putin may use chemical weapons in the war if his losses on the frontline continue to pile up, anonymous sources from the US defence department told Politico. 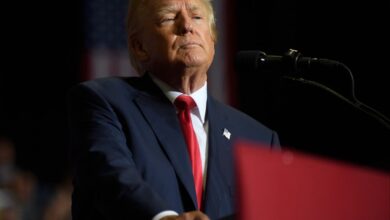