Russia says it is pulling troops back from Crimea after the completion of military drills there.

The Russian defence ministry has shared a video that purports to show columns of military equipment and forces leaving the area that borders Ukraine.

But Russia has 60 per cent of its soldiers still on the border of Ukraine, as well as significant naval power at sea – UK defence secretary Ben Wallace has claimed, referring to latest intelligence.

He is set to meet Nato defence ministers in Brussels today in a bid to prevent further escalation in Eastern Europe.

The White House has maintained that Moscow’s claims of military withdrawal are still unverified.

US president Joe Biden has said the threat of an attack on Ukraine from Russia is still imminent, and Washington will respond decisively if Moscow captures Kiev. 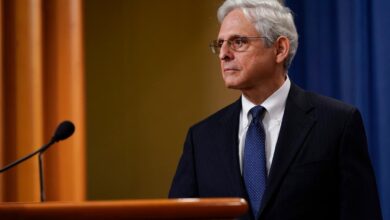