The UK defence secretary has compared the West’s efforts to halt a feared Russian invasion of Ukraine to appeasement, saying there is a “whiff of Munich in the air” in an apparent reference to the agreement that allowed German annexation of the Sudetenland in 1938 but failed to prevent the Second World War.

Ben Wallace said it was now “highly likely” Vladimir Putin will order an attack despite the concerted talks to avert war.

Speaking after his trip to Moscow earlier this week, Mr Wallace said in an interview with The Sunday Times that Moscow could “launch an offensive at any time”.

With 130,000 Russian troops massed along Ukraine’s border, the US has also claimed war could begin at any moment and, along with several other countries, has advised its citizens to leave the country immediately. On Saturday, Joe Biden and Mr Putin spoke for an hour on the phone. 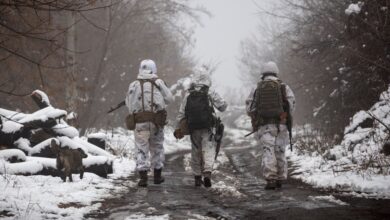 Why has Russia invaded Ukraine? The conflict simply explained