Boris Johnson said that a war in Ukraine could be the “biggest in Europe since 1945”, in terms of size.

In a BBC interview, the prime minister said that he wanted people to “understand the sheer cost in human life” that an invasion of Ukraine would bring

Elsewhere, speaking at the Munich security conference, Mr Johnson warned that the world was at “the eleventh hour” to avert a conflict and said any invasion would encourage other countries to resort to military aggression.

Western leaders in Munich said they wanted to continue dialogue with Russia, with German Chancellor Olaf Scholz saying there were clear indications Russia was still open to diplomacy.

Speaking from Washington, Joe Biden said he was “convinced” Russian forces would launch an invasion “within days” beginning with an attack on the Ukrainian capital of Kiev. He said he did not think Mr Putin was considering the use of nuclear force, despite tests.

‘A spit in the face’: Ukraine condemns attack on Odesa hours after grain deal 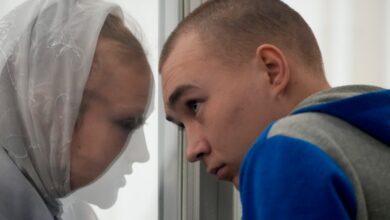