A Russian invasion of Ukraine is “highly likely” and could take place imminently, Liz Truss said, warning Europe may be “on the brink of war”.

The UK foreign secretary urged Vladimir Putin to “step back” and said a war would have “severe consequences” for Russia, Ukraine and the security of Europe.

Western officials said the Russian president was planning multiple attacks on Ukraine’s borders as well as a capture of Kiev.

At least 60 per cent of Russia’s ground troops, half of its air force, and a significant proportion of its special forces will take part in an invasion on a massive scale, with a Kremlin-backed regime installed if successful in occupying the capital city, they claimed.

The US State Department has announced that it is relocating its embassy from Kiev to Lviv, in western Ukraine.

Boris Johnson and Joe Biden warned Russia faces a “protracted crisis” if it invades Ukraine, after a call between the two leaders on Monday night. 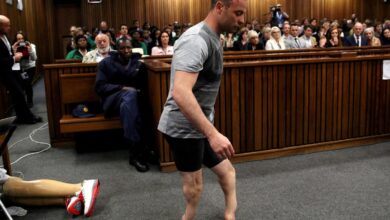 ‘We have nowhere to go’: The pensioners barely surviving on Ukraine’s frontlines