Germany has stalled sending top-tier Leopard tanks to Ukraine for now and has likely imposed a precondition asking the US to send its own tanks, a government source aware of the discussions in Berlin has said, in a massive setback to the war-hit nation.

Chancellor Scholz has stressed the condition about US tanks several times over pressure to send its own indigenous tanks in recent days behind closed doors, the German government source said.

By doing so, Berlin has flexed its veto power in this latest move to deny Ukraine the superior Leopard tanks among the Nato, fielded by Nato-allied armies across Europe.

Ukraine has pleaded with its allies, especially in Europe, to help with military aid to outpace Russian missile offensive on the battlefield as it is currently using Soviet-era tanks to repel attacks.

Vladimir Putin has responded to pledges of tanks for Ukraine with a boast that Russia will boost its military industrial production.

Volodymyr Zelensky confirmed that the security service of Ukraine has initiated a criminal investigation into helicopter crash in Kyiv’s Brovary.

The hidden Doha: Inside the ‘Industrial Area’ where thousands of workers live in Qatar 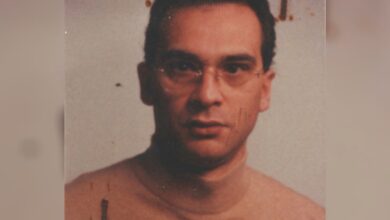 Italy mafia boss arrested after 30 years on the run

‘For her, it’s a liberation’: World’s oldest person dies in her sleep