Ukrainians fleeing war could face homeless due to private rental red tape in the UK, charities have warned.

Tens of thousands have come to live in the country under the Homes for Ukraine scheme, which sees Britons with a spare room or house “match” with refugees escaping the Russian invasion.

Those hosting Ukrainians sign up for a committment of at least six months.

Charities are now warning refugees may face problems undertaking the next step, which could require checks that would be impossible for them to pass.

Opora, a group which supports Ukrainians who have moved to the UK, has reportedly said it had been contacted by refugees who cannot access the private rental market due to failed referencing checks.

A couple from Lyiv, Dmytro Chapovski and his wife Polina, told The Guardianthey were struggling to find somewhere to rent after moving to the UK under the Homes for Ukraine scheme.

Their host in Shropshire, Janet Duchesne, told the newspaper a dozen letting agents said the Ukranian couple had “no chance of letting in this country”.

Mr Chapovski told The Guardian he eventually found an agency willing to rent, but then needed to show proof of earnings and a tax history in the UK – which, having arrived in April, he does not have – or 12 months’ rent upfront.

Stanislav Benes, from the Opora network, is reported as saying the government needed to support landlords to rent to Ukrainians and set up a guarantor scheme for these refugees, with people risking homelessness without action on this.

“It will overburden existing resources that are already overstretched, which means more and more people will start falling through the cracks,” he told The Guardian.

Government figures show hundreds of Ukrainians – more than 660 households – have already been forced to register as homeless in the UK after arriving under the available schemes.

Another charity, Mums4Ukraine, has warned delays in Homes for Ukraine hosts getting a montly £350 “thank you” payment was – in the most serious cases – meaning refugees were having to leave accommodation.

Others haved raised concerns over what happens when Ukrainians leave their host families.

Sophie Delamothe from campaign group Generation Rent told The Guardian: “There are so many pieces of information that you need to provide that people who’ve just recently come to this country as refugees just might not have access to them.”

A government spokesperson said: “More than 77,200 Ukrainians have arrived in the UK since Putin’s invasion and the vast majority are staying with sponsors or relatives.

“We are carefully monitoring this situation and will work across government and with landlords to ensure Ukrainians are receiving the help they need.”

The Independent has a proud history of campaigning for the rights of the most vulnerable, and we first ran our Refugees Welcome campaign during the war in Syria in 2015. Now, as we renew our campaign and launch this petition in the wake of the unfolding Ukrainian crisis, we are calling on the government to go further and faster to ensure help is delivered. 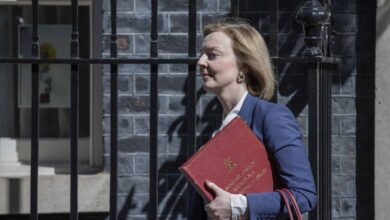 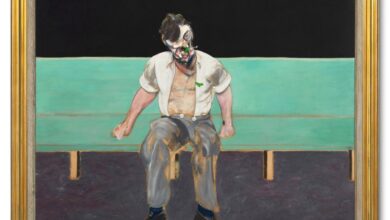