Two new populations of the UK’s largest and rarest beetles have been discovered on Dartmoor in Devon, less than 30 years after it was thought to be extinct in Britain.

The blue ground beetle, which grows up to 38mm (1.5 inches) in length, was believed to be extinct in the UK until it was first rediscovered in Dartmoor national park in 1994.

Now, two new populations have been found in Dartmoor woods by a dedicated project set up to search for them.

After “many damp torchlit nights” searching for them, the work paid off, with two new population sites discovered this year.

The species lives in damp deciduous woodlands of oak and beech trees, and is most often found on south-facing slopes of river valleys.

According to the charity Buglife, which ran the project, most sites where the beetle is located are ancient pasture woodlands with sparse ground vegetation, high humidity and an abundance of deadwood and veteran trees.

But due to the loss of ancient woodlands, including temperate rainforests, the blue ground beetle population in the UK and Europe has declined significantly.

Laura Larkin, Buglife conservation officer said: “Previously, the blue ground beetle was only known from 13 sites in Devon, Cornwall and South Wales, so these new sightings are really significant, and they show how much we still have to learn about this magnificent beetle.”

Both the adults and their larvae feed on slugs, and upon finding their prey, the beetle will bite with its large jaws and inject digestive juices into the slug, eating it by sucking out its insides.

Blue ground beetles are mainly nocturnal and though they can be found throughout the year, they are most active from March to June, when adult beetles can be found clambering up mossy tree trunks under the cover of darkness, in search of prey.

Buglife said blue ground beetles can be easily confused with some of their smaller, more commonly seen relatives, including the violet ground beetle (Carabus violaceus). These beetles can be found throughout the UK and are smaller in size and more purple in their colouring.

“It would be highly unlikely to find a blue ground beetle outside of its known range,” the organisation said.

Richard Knott, ecologist at Dartmoor national park, said: “Dartmoor is of national importance for the blue ground beetle, Britain’s largest and rarest beetle, and the combination of ancient valley woodlands and humid climate create the perfect conditions for slugs, which adults and larvae feed on.

“The discovery of these new sites is very exciting and indicates that Dartmoor habitats remain favourable for this rare and fascinating species.”

In recent months, the discovery of a dead blue ground beetle on Bodmin Moor in Cornwall has also added to the known sites the species inhabits.

Tom Waters, who discovered the beetle said “‘I was genuinely thrilled to discover the Blue Ground Beetle in what is one of my favourite spots, and also very proud to be able to provide a new record for the beetle in Cornwall.” 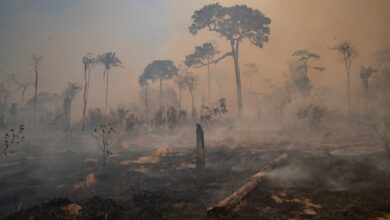 Monkeypox: Why the climate and biodiversity crises mean we can expect more viruses like it 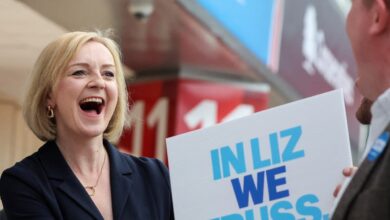 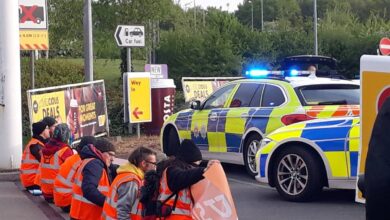