Violence against ambulance staff in England has reached a record high, as the NHS crisis in emergency care continues to deepen.

An estimated 12,626 incidents were reported in the 12 months to April 2022, according to nationwide data shared with The Independent – a 7 per cent rise on the previous year.

However, since 2016, the number of paramedics who have been verbally or physically assaulted, or threatened with assault, has nearly doubled, rising from 7,689.

Adam Hopper, the national ambulance violence prevention and reduction lead for the Association of Ambulance Chief Executives (AACE), which provided the data, said the findings “confirm the worrying trend of increasing violence against ambulance staff”.

One paramedic told The Independent a bone was broken in his neck after he was strangled by a drunken patient he was attempting to treat.

Matthew Taylor, chief executive of the NHS Confederation, a membership body for trusts in England, said that alcohol is the most prominent factor in such assaults, followed by drugs and people being in mental health crisis. “Race and sexuality have also increased as exacerbating factors in these assaults, as have delays to treatment and arrival times,” he added.

London Ambulance Service (LAS) data shows that, up until 15 June, an average of four of its paramedics were verbally or physically assaulted every day. The service, the busiest in the country, has begun rolling out the use of body cameras to deter violent patients.

Brian Jordan, director of 999 emergency operations centres for LAS, said: “Every day, our staff and volunteers give their all to the people of London, working around the clock to provide care and save lives.

“But, although they come to work to help people in their hour of need, the sad reality is that they face some very difficult and sometimes frightening circumstances.

“There are a minority of patients and members of the public who behave hatefully or violently towards our staff and volunteers, and that situation has to change.”

The AACE data provides a national breakdown of the types of assaults reported. Alcohol-related incidents have increased by 37 per cent since 2016, rising from 1,624 to 2,238.

Racist attacks have increased by 88 per cent over the same period (from 144 per year to 272), while incidents involving weapons have more than doubled – up from 115 to 327 over the past six years.

Based on analysis of the overall rising trend of assaults, the remaining two trusts are expected to report a further 2,686 cases of physical or violent incidents between them, bringing the nationwide total to 12,626 – a new national record, Mr Hopper said, adding that the figure could be as high as 13,000.

Joel Blacker, a 29-year-old paramedic with LAS, said he was forced to take two months off work after a drunken patient strangled him and broke a bone in his neck while he was on duty in Camden.

He said he went on to miss an important assessment for a fast-stream course and is now years behind in his career.

“I’ve also found myself in many situations where it could have escalated, but people looked at my camera and then their demeanour changed,” he said.

Before the strangling incident, he added, he was almost stabbed when a mental health patient drew a knife on him. He said his colleagues are typically attacked between one and three times a year.

Asked if he could explain the long-term rise in violence against paramedics, he said there was often “a lot of frustration among patients”, many of whom are angry at delays. “But usually alcohol and drugs are involved, and don’t help the situation at all,” Mr Blacker added.

Sanction against 150 doctors for sexual misconduct are ‘tip of the iceberg’, medics warn 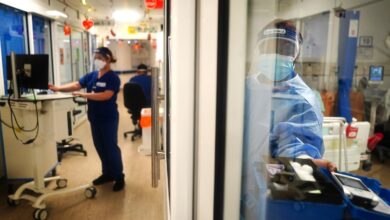 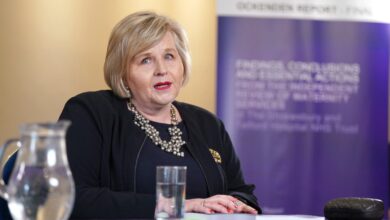 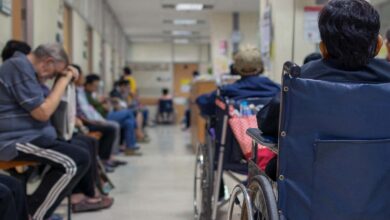