Russia has lost the information war in the West, the head of Britain’s GCHQ intelligence service has said almost six months after Vladimir Putin launched his invasion of Ukraine.

Online disinformation distributed by Russia became a “major part of its campaign to cause confusion and chaos in Ukraine and beyond”, Sir Jeremy Fleming said.

Although ineffective in the West, the Kremlin’s “clumsy” cyber and propaganda war could risk “blunting international outrage” over its invasion, he warned in an op-ed in The Economist.

Ukraine has also fought in the information war, he said – writing: “Both sides know that they are engaged in a struggle for influence and opinion far beyond the immediate battlefield.

“It is a very modern digital and cyber war, as much as it is a brutal and destructive physical one.”

Sir Jeremy said Russia had waged its cyberwar “before bullets were fired on 24 February” – the date when Putin triggered the invasion.

But Putin’s plans have “fallen short” amid Russia’s “irresponsible and indiscriminate” use of destructive cyber tools, he said.

The month prior to the start of the invasion, Russia’s military intelligence deployed WhisperGate malware to “destroy and deface Ukrainian government systems,” Sir Jeremy said.

Less than an hour before Russia invaded Ukraine, it targeted the country’s ViaSat satellite networks in an attack that “spilled over into neighbouring countries causing collateral damage across a range of services, from wind farms to internet access” before it was spotted by intelligence agencies, he added.

But, he said, Ukraine has “proved itself to be an extremely effective cyber defender” with a “digital fortress” it has “painstakingly” built since Russia annexed Crimea in 2014.

Sir Jeremy wrote: “So far, president Putin has comprehensively lost the information war in Ukraine and in the West.

“Although that’s cause for celebration, we should not underestimate how Russian disinformation is playing out elsewhere in the world.

“Just as with its land invasion, Russia’s initial online plans appear to have fallen short. The country’s use of offensive cyber tools has been irresponsible and indiscriminate.” 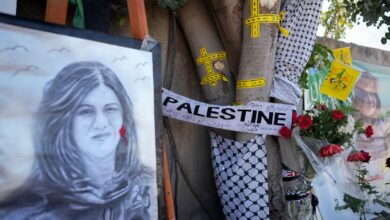 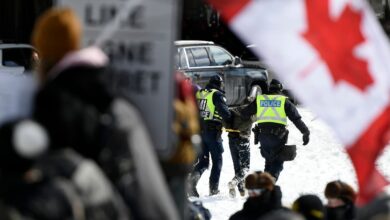 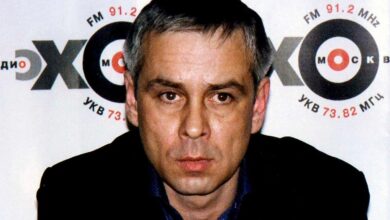