Oscars host Wanda Sykes has revealed that Chris Rock apologised to her after being hit by Will Smith on stage.

Sunday night’s awards show (27 March) descended into chaos after Smith jumped on stage to hit Rock after the comedian made a joke about his wife Jada Pinkett Smith’s shaved head, which is due to alopecia.

Rock was left stunned after being struck, telling the crowd: “Will Smith just smacked the s*** out of me.” Smith, who had returned to his seat, then shouted: “Keep my wife’s name out your f***ing mouth.”

Appearing on The Ellen DeGeneres Show on Wednesday (30 March), Sykes said that it was Rock who came to her to apologise after the incident.

The comedian said that she ran into Rock at an afterparty, explaining: “As soon as I walked up to him, the first thing he said was, ‘I’m so sorry.’ I’m like, ‘Why are you apologising?’”

She continued: “He was like, ‘It was supposed to be your night…You and Amy [Schumer] and Regina [Hall], y’all were doing such a great job. I’m so sorry this is now gonna be about this.’ Because that’s who Chris is.”

Sykes then said that she thought Smith should have been removed from the ceremony after the “sickening” altercation, adding: “For them to let him stay in that room and enjoy the rest of the show and accept his award, I was like, ‘How gross is this?’

“This sends the wrong message. If you assault somebody, you get escorted out the building and that’s it. But for them to let him continue, I thought it was gross.”

Minutes after the incident, Smith won the award for Best Actor in King Richard and used his speech to apologise to everybody except Rock. He later issued an apology to the comedian, saying that he was “out of line” and “embarrassed” by his behaviour.

Earlier in the day, Sykes had shared a statement with People about the altercation, simply saying: “Violence is never the answer.”

Sykes’s co-host Schumer also commented on the altercation on Wednesday, writing on Instagram that she was “still triggered and traumatised” by it.

Hall, who presented alongside the pair, is yet to comment.

The Academy has launched a formal review into his altercation with Rock during the ceremony saying in a statement that it “condemns the actions of Mr Smith” at the show.

Find the full list of 2022 Oscar winners here. See the latest updates and reactions from the dramatic ceremony here, and read about the biggest talking points here. 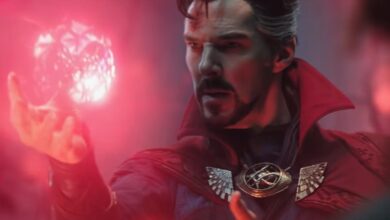 ‘I never stopped running’: Viola Davis opens up about trauma of racist abuse as a child