As a realist, rejoining the European Union is a non-starter. This would only be possible if the other side had the door open. Boris Johnson’s dreadful behaviour as prime minister means that door is firmly shut for the foreseeable future.

The UK is, sadly, no longer trusted because of Johnson’s reign of chaos, calamity and disregard for international law and treaties – even when that treaty was proposed and signed into law by Johnson himself. The two candidates vying to replace him show no sign of behaving differently or ending their populist policy agenda.

Instead, I would urge those who are calling for the UK to rejoin to channel their energy into more immediate concerns set to damage the UK for decades. Only by working with the EU and other foreign partners to find common solutions to global challenges can we possibly hope to rebuild these relationships.

The economy is paramount. We will have a worse recession than other leading countries because of the additional impact of leaving the EU, be that a result of labour shortages or new barriers to trade that many of us have not seen in our lifetimes. Analysts are now saying the UK is close to displaying characteristics of an emerging market country. All that is missing is a currency crisis, with the British pound holding firm despite the litany of macroeconomic headwinds.

The combination of Covid and Brexit means all leading indicators point to more economic pain and despair ahead. This is confirmed by the International Monetary Fund’s recent findings that the UK’s poorest households are already among the hardest hit in Europe by the cost of living crisis. Dress it up as they wish, the Tory party has broken its social contract with the majority of our country.

UK politicians are emoting glory days long past, of low regulations, low tax, and a little England mentality, diverging from neighbouring economies by fighting faux-Brexit wars. Other countries and organisations, such as the World Trade Organisation and the EU, are seeking to enact technological innovation and digitalisation through a greater coordination of international policy.

It is time for the UK to sit down with EU officials and find common ground in areas that will benefit both sides. That means establishing areas of qualification and financial equivalence, while being honest about free movement to address staff shortages in almost all sectors of the UK economy and public services. The British Chambers of Commerce recently found that more than 75 per cent of companies are experiencing hiring difficulties and are calling for government help on labour shortages

We often forget the genesis of the EU – ever-closer cooperation in Europe was a plan for peace. As Sir Winston Churchill said: “It is to recreate the European fabric, or as much of it as we can, and to provide it with a structure under which it can dwell in peace, safety and freedom.”

As the global tectonic plates shift and worrying alliances rise, the UK must remain close with the EU in providing peace and security around the world. This is so much bigger than the navel-gazing of arch-Brexiteers. They are cultishly obsessed with turning legitimate debate about our country’s future into an excuse to say anyone who points out the problems with leaving the EU is unpatriotic.

Take the withdrawal from Afghanistan, which saw too many countries act on a unilateral basis. A withdrawal co-ordinated at regional or even global levels would have been run more effectively, particularly if we could have agreed to leave joint peacekeeping taskforces on the ground.

The biggest issue that will affect us in the future is climate change, which is a problem without borders. We should be seeking equivalence with EU standards, reducing red tape in food trade. The UK must reiterate our climate commitments as non-negotiable by reinforcing our endorsement of Cop26 objectives. We must work with EU and G7 partners to support less developed countries and adapt to a warming planet – otherwise, mass migration of millions will affect us all.

Finally, one of the big issues of our age is the cowboy world of tech giants and coding. Again, online safety, security and taxation can only work with international agreements. We can penalise any wrongdoing, such as interfering in political campaigns or allowing racist abuse, but that only works if the platforms cannot go anywhere else, and certainly lucrative markets nearby. Our regulations, our penalties, need to be aligned with the EU – neither side can go it alone on this issue.

I understand why so many people want to rejoin the EU – the advantages were enormous and disappeared like tears in the rain, to adopt a famous film line. We must, however, address the situation in front of us, not as we would like it to be. Rejoining is not possible; there are other, more immediate priorities.

Gina Miller is leader of the True & Fair Party 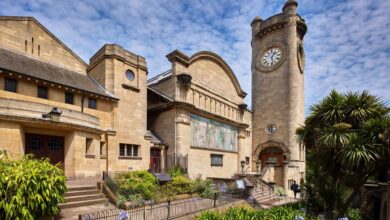 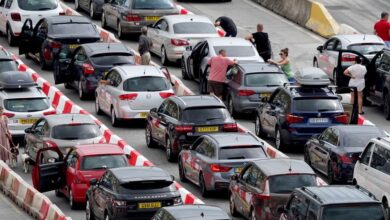 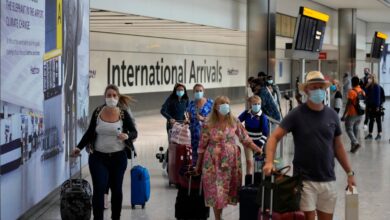 Arrival testing to end for fully vaccinated travellers to the UK