Thousands of people protested in the streets of London on Saturday following the death of 22-year-old Mahsa Amini in Tehran, Iran.

On September 16, Ms Amini – also known by her Kurdish name, Jina Amini – died after being detained by so-called ‘morality police’ for allegedly not following the country’s dress code while visiting the capital city.

In the days since her death, demonstrations have erupted globally and at least 83 protesters have been killed in Iran, according to human rights groups.

At Trafalgar Square in central London, thousands of protestors held flags, sang protest songs and led chants against the current dictatorship in Iran and in support of women in the country.

Fari Rizai, 64, was born in Iran but has been living in UK for 44 years. On the importance of Saturday’s protest, she said: “It’s important for me to be here today because there has been 44 years of oppression and dictatorship in Iran, but now we’re coming together to support the freedom fighters, free Iran and fight for a democratic government.

“I believe we had much more under the Shah and since the Islamic regime has taken over, thousands have died and there are so many families who are mourning their loved ones. There’s no support from the government and little to no money is spent in Iran and on Iranians,” she added.

“Now, with the killing of Masah Amini, enough is enough. They are saying she had health problems, but she was a very young, healthy woman who was killed in police custody so we’re here from all walks of life to say we don’t want an Islamic regime in Iran and we, the Iranian people, want to decide our future.”

Ms Amini was accused by police of breaking the country’s strict dress code, which says women must cover their hair and dress modesty when in public. After being detained, Iranian officials say she suffered a sudden heart attack but protesters allege she was beaten by police while in custody.

After three days in a coma, she died on September 16 – sparking protests in Iran and worldwide. Many in the country – including activists and journalists – have been arrested or killed following the unrest.

Negin Alam, 36, is also from Iran but has been living in England for five years. On the death of Masah Amini, she said: “It was horrible and so scary. She was just 22-years-old, a Kurdish girl who was just on a visit to the capital but then was suddenly murdered. She is one of many people killed in Iran, but now we’re at a point where we’re ready to be loud and say enough is enough.

“Now, this current protest movement is focused on the hijab, but there are also so many other problems for women in Iran. For example, women are not able to divorce their husbands without permission, they can’t work in certain jobs or travel without or emission and there’s so many more examples of struggles for women in Iran.”

One particular chant that was repeated in London and during protests across the globe is ‘zan, zendegi, azadi’ which translated from Persian means ‘women, life, freedom’.

Another protestor, who wished to remain anonymous, said: “We are here and around the world today to show solidarity with the Iranian women and show them that they are not alone. They have been oppressed for many years under this so-called Islamic regime and they want change and freedom. Women should have the right to choose and we will support them.

“There is constant harassment from the ‘morality police’ in Tehran and elsewhere so this could have happened to any of us, and she should be alive today. But, I’m happy people are raising awareness about women’s rights in Iran.”

Siamand Salehian, 50, is from Iran and has been living in the UK for 30 years. He said: “It’s very important people hear our voices and hear Mahsa’s name. There are so many people arrested, tortured and killed in Iran so now, we need to be united as internet has been cut in the country so we are now their voices.”

In response to protests in the country, the Iranian government have shut down internet services and international communication, leaving many completely disconnected from their loved ones. Mr Salehian added: “Now, we hope this regime will go and there is an end to this oppression and violence.

“We must stand against this dictatorship, and my hope today is that we can help the brave women and men standing in front of bullets and I want to play a small part in saying we hear them and we will be with them until the end.” 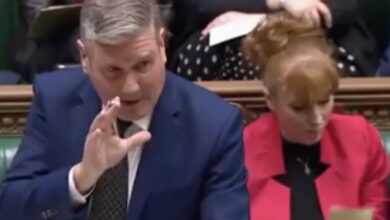 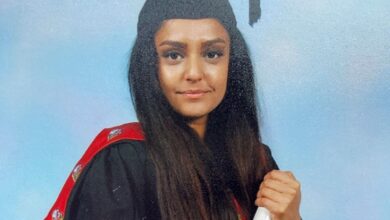